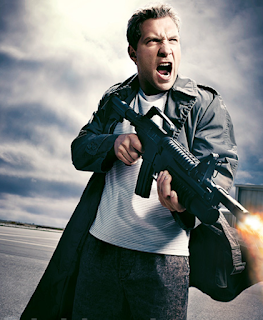 After Terminator: Genisys went bust at the box office this past summer (it managed to sell fewer tickets than the 1984 Terminator film domestically), it's no shocker that the Chief Creative Officer at Skydance (the production house that was responsible for this newest Terminator film), Dana Goldberg, attempted to put a happy face on the whole debacle. She confirmed that Skydance was going forth on their effort to create a universe of Terminator related media. It seems to have been forgotten as Genisys came out, but the initial deal with Skydance and Terminator included not only a trilogy of new films, but also a TV show chronicling young Sarah Connor growing up with the Terminator sent back in time to protect her.


Those plans, according to Goldberg, are still in motion, saying the entire franchise was being "re-adjusted" and also confirming a sequel to Terminator: Genisys would not start filming at the start of next year, meaning it'll be missing its original May 2017 release date. I'm pretty certain this franchise is dead, at least in this current incarnation, no matter what Goldberg says. This new film got such a bad reputation that it'd be near impossible to create a financially viable universe out of it. Going through with such a plan would be the very definition of insanity; doing the same thing over and over again and hoping for a different result.

Come 2019, James Cameron gets the rights to his Terminator movies back, meaning no one can make more movies in this franchise without his say-so. Hopefully that means I don't have to sit through more dreck like Terminator: Genisys again. Sorry Skydance, but it looks like your new would-be "cinematic universe" won't be like the titular robot of this saga, in that this franchise will not be.....returning.
Posted by Douglas Laman (NerdInTheBasement) at 10:10 AM