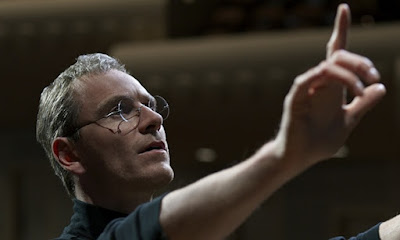 Holy hell, what happened? No, really, what went haywire here? None of the movies opening in wide release this weekend were expected to hit the box office heights of 2015 hits like Avengers: Age of Ultron or Jurassic World, but good Lord, only one of the five newbies could even (barely) hit $10 million for the weekend. It was a pathetic weekend overall, but we got a lot of movies to go get through, so let's get on with it, shall we?

Returning to the top of the charts was holdover The Martian, grossing a solid $15.9 million, only a tiny 23% dip from last weekend, for an 11 day domestic box office total of $166.4 million. It looks like this Ridley Scott has a good shot at cracking $200 million domestically (which would make it only the 19th movie ever from 20th Century Fox to cross $200 million domestically) thanks to its uber strong stamina at the box office.

The underperformance of the newcomer titles did allow for a number of holdovers to have small drops like The Martian. Case in point was the film just behind The Martian in second place, Goosebumps This one grossed $15.5 million for the weekend, only a 34% dip from last weekend for a 10 day total of $43.5 million. Not too shabby of a hold there for R.L. Stine and crew, though it's gonna be tough for the film to hold on in the next two weeks considering that Halloween (Which falls on a Satuday this year) and The Peanuts Movie are just around the corner.

Considering that dramatic newcomer Steve Jobs underperformed this weekend (more on that shortly), Bridge of Spies got a bit of a reprieve this weekend, allowing its great word-of-mouth to manifest for a small 26% drop and an $11 million second weekend. The newest Steven Spielberg feature has now generated $32.4 million domestically and is looking at a final domestic cume between $55-60 million.

The dubious honor of being the highest grossing new release of the weekend was The Last Witch Hunter, coming in fourth place and grossing $10.8 million for the weekend. This was barely ahead of the opening for Vin Diesel's 2008 dud Babylon A.D., and about 28% ahead of the opening weekend of I, Frankenstein despite having a far more well known leading man. Vin Diesel has a large fanbase, but they won't go see just anything he's in, and The Last Witch Hunter lacked a clear antagonist and premise in its ads to hook moviegoers. It'd be shocking if this one closed above $25 million domestically, so sadly for Vin, looks like that Last Witch Hunter 2 won't be a reality anytime soon.

Rounding out the top five was Hotel Transylvania 2 in its fifth weekend, continuing to stick around with an $9 million haul this weekend and a 28% dip from last weekend. Dracula and his pals have now grossed $148.29 million and are running 14% ahead of the first movie at the same point and, depending on how much Hotel Tranylsvania 2 plummets next weekend when Halloween comes around, will likely hit $170 million by the end of its run.

Steve Jobs was all the way down in sixth place this weekend, grossing only $7.2 million for the weekend. That's far below the opening weekend of The Social Network and only 8% ahead of the opening weekend of the Ashton Kutcher headlined drama Jobs. I'm kind of shocked as to how this one fared so poorly given the rampant and distinctive marketing, as well as the great reviews and how well-known the figure is. This Danny Boyle feature (which, for full disclosure, I haven't seen yet) will likely hold well in the weeks to come, though it's gonna be tough to hang onto screens in the coming competitive weeks with a middling opening like this.

Once upon a wonderful (for Paramount Pictures) time, Paranormal Activity 3 scrounged up $8 million from midnight showings alone. Flashforward four years ago, and the newest installment in this saga, Paranormal Activity: The Ghost Dimension, could barely surpass that number for its entire opening weekend, settling for a paltry $8.2 million sum. And don't forget, this was the first movie in the franchise to have 3D ticket prices to boost its grosses. Hell, it's a foregone conclusion this one will fail to have a domestic cume higher than the $18.3 million opening weekend of Paranormal Activity: The Marked Ones.

Back in 2009, Paranormal Activity was a welcome change of pace in the horror genre from the torture movies like Hostel and Saw that had invaded multiplexes for a number of years. But as the franchise wore on, it fell into that classic horror movie franchise misstep of developing a convoluted mythology (just like Saw!) that managed to somehow encompass time travel by the time The Marked Ones arrived. The scares became predictable, and none of the movies could generate characters or plots strong enough to overcome the fact that the tropes of this entire series had become the very definition of rote.

And so this saga ends on a pitiful note, one that makes the domestic box office drops that the Saw franchise saw over time seem lovely by comparison. It remains to be seen if Paramount's unique release strategy (which involves putting The Ghost Dimension on online video retailers 17 days after the film starts playing in under 300 locations) that incurred the warth of movie theater chains like Cinemark manages to make up any of the difference here. Even on a meager $10 million budget, it looks like The Ghost Dimension is gonna need all the financial help it can get.

In eighth place was Crimson Peak, which lost 58% from last weekend for a $5.5 million second weekend and a $22.4 million 10 day domestic total. This one may struggle to outgross the $36 million opening weekend of Guillermo Del Toro's last feature, Pacific Rim, in its entire domestic run. In ninth place was The Intern, which has showed strong legs at the box office and managed to add another $3.8 million (only a  tiny 29% drop from last weekend) to its domestic run this weekend for a 31 day total of $64.7 million. Not too shabby, not too shabby at all. Rounding out the top ten was Sicario, which as managed to hold on well throughout October despite intense competition. It grossed an additional $2.9 million this weekend, a 35% drop from last weekend, and has now grossed $39.38 million domestically.

And now we get to the real losers of the weekend, who both set all the wrong box office records. All the way down in the depths of 13th place was Rock The Kasbah, the newest Bill Murray film that grossed an anemic $1.5 million for the weekend, the fifth worst opening weekend for a film in over 2000 theaters and the worst wide release opening weekend of Bill Murray's entire career. No shocker that this one failed considering how its trailers were severely lacking in laughs for the comedy they were promoting and the absolutely dreadful reviews it got.

Somehow doing even worse than Kasbah was Jem And The Holograms, whose box office was so bad you'd think it was part of a nefarious plot by The Misfits to tarnish the good name of Jem and her band. Grossing a minuscule $1.3 million in 15th place at 2,413 locations, this feature had the fourth worst opening weekend of all-time for a film opening in over 2000 theaters. Like Rock The Kasbah, this one isn't surprising in its totally outrageous box office failure given how it alienated the fanbase of the original cartoon show on which it was based and not showcasing anything in the marketing that would entice audiences unfamiliar with the franchise to give it a shot. Looks like this Jem And The Holograms movie is learning that "It's A Hard, Hard Life", and that financially, they won't be "Free And Easy" for awhile. I imagine this sort of box office makes it hard to "Believe In Yourself" and can be a "Bad Influence" on morale. One thing's for sure, it's gonna be tough to get this "Nightmare" of a franchise "Back In Shape". Yes folks, I can keep making Jem And The Holograms song puns all the live long day, and yes, I'm having way too much fun with this.

Interestingly, four of the six worst opening weekends for movies in over 2000 theaters have all occurred in the last 365 days; in addition to this weekends Rock The Kasbah and Jem And The Holograms, the past year has also delivered dismal debuts for We Are Your Friends and Saw 10th Anniversary. The last thing I have to say about Jem And The Holograms is that it serves as proof that having Chris Pratt in your movie can't guarantee it being a box office smash.

In the realm of arthouse fare, Suffragette debuted in 4 theaters to $74,000 for an $18,500 per theater average. Not a bad haul, but it doesn't look like, at this current point in time, it's headed for large scale success even by limited release standards. Room, meanwhile, added 19 theaters for a $254,000 weekend haul and an $11,000 per theater average. This films gotten excellent reviews and tons of Oscar buzz, but it also doesn't look like it'll be a breakout hit, though A24 is planning on taking it into wide release soon.

The Top 12 this weekend grossed only $95 million, an 8% dip from last weekend. I'd normally hope that next weekend would turn things around, but considering that Halloween falls on Saturday this year and will almost certainly mute the box office, it looks like we're in for another rough frame.
Posted by Douglas Laman (NerdInTheBasement) at 10:09 AM