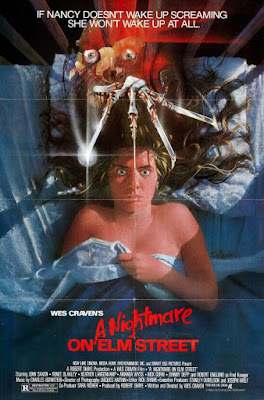 To waltz through the human brain is to find a sprawling landscape of contradictions, mysteries and quandaries. The realm that is our own minds is such an important entity in our lives, retaining our own memories and desires throughout the ages, that it's no shocker that films for years have utilized it as the basis for all sorts of storylines. Just this year, Pete Doctor spun the inner workings of the human psyche into Inside Out, one of the largest American animated movies of all-time.

On the other end of the spectrum, master horror movie directors Wes Craven took advantage of one of the most notable things to emerge from from one's mind, dreams, and just like Christopher Nolan would do 26 years later with Inception, used the chaotic unpredictability of our own dreams to create a memorable cinematic experience. Even after three decades, countless sequels and spoofs in pop culture mainstays like The Simpsons and Rick & Morty, the original Nightmare On Elm Street still remains a powerfully frightening example of how to do cinematic horror right.

After a nightmare in which she encounters a terrifying individual with knives for fingers, Nancy (Heather Langenkamp) is already a bit tense, a mite on edge. But once she realizes her friends have also had horrifying dreams with this mysterious figure named Freddy Kruger, she begins to suspect there's a larger sinister plot at play, especially as her friends begin to get picked off one by one. Soon, it's up to Nancy to stop Freddy before she and all of her companions end up sliced to pieces. Taking the plot in this sort of Agatha Christie style mystery (with various characters being picked off by a mysterious creature) is a brilliant cue from writer Wes Craven, as it allows for the story to carry an enigmatic quality that parallels the sort of unknowing atmosphere most real life dreams have.

Since this films release, Freddy Kruger has become one of pop cultures most well known enemies, with the "One, two, Freddy's coming for you" chant along seeping its way into everyone's brain. What's great about the original Nightmare On Elm Street is that it perfectly shows why Kruger has endured for so long as one of the great horror movie foes. In his debut appearance, Craven takes a cue from Bruce The Shark in Jaws and hides Kruger for much of the film, helping to reinforcing the aforementioned undercurrent of uncertainty that devours Nancy and her pals.

Every aspect of his character is remarkably designed to be as repulsive as possible, from his visually unappealing burnt skin to his red and green sweater combo (chosen because Craven had read in Scientific America how the combination of those two specific colors were unpleasant to the human eye) to even how his knife fingers allow him to create the most unnerving sound in all of creation; that sound best described as nails on a chalkboard. Such meticulous work pays off tremendously in the feature, making even the sight of Freddy simply walking out of the shadows enough to get my skin crawling.

Of the young actors here (among them is Johnny Depp, who gets the unintentionally amusing tag "Introducing Johnny Depp" in the opening credits), Heather Langenkamp fares the best, especially when she depicts her characters steadily growing desperation at trying to face Kruger. On the other end of the spectrum, Jsu Garcia as supporting character Rod struck me as uber wooden in his scenes, which doesn't help when he has to deliver a sorrowful soliloquy to Lagenkamp's character. However, aside from his performance and a bit of a clunky ending (which has an interesting concept, but it too short in length to allow for its tonal shifts to feel impactful), Wes Craven's original A Nightmare On Elm Street is a shining example of how terrifying and superb horror cinema can truly be.
Posted by Douglas Laman (NerdInTheBasement) at 10:58 AM