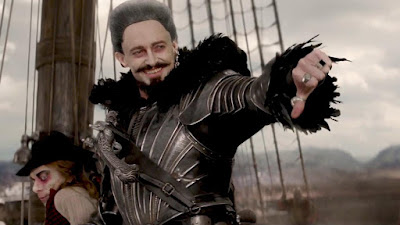 Mark Watney (Matt Damon) has become a botanist, grown potatoes on Mars and now has starred in the biggest movie in America for two straight weeks. Yep, The Martian led the box office again, grossing an impressive $37 million for the frame, which is the sixth best second weekend for a 2015 feature. That's only a 32% dip from last weekend, a larger drop than the 22% dip experienced by Gravity in its second frame, but much better than the 40% drop Interstellar had in its second go-around.

The Martian has now grossed a terrific $108.7 million in ten days and looks to be on course for at least $180 million by the end of its run. Given the popularity of the film, it's very likely moviegoers in the coming weeks will continue to make The Martian a success by heeding that age old advice from Total Recall: "Get your ass to Mars!"

Retaining its second place spot from last weekend was Hotel Transylvania 2, continuing to impress with a third weekend gross of $20.3 million, a 38% drop from last weekend. Despite opening to much larger numbers in its opening weekend than its predecessor, this sequel has managed to pull off that rare feat of having better box office stamina than the first movie, and with $116.8 million accumulated to date, The Drac Pack looks to be aiming for a fantastic $170 million domestic total.

Alas, the good times come to a sudden stop once one gets to third place this weekend, as Pan managed to become the latest 2015 title from Warner Bros. to vastly underperform, only grossing $15.5 million, a total well below the opening weekends of Jack The Giant Slayer, Mirror Mirron and even the R-rated (and faaaaaar cheaper) live-action fairy tale film Hansel And Gretel: Witch Hunters. Considering the $150 million pricetag this Neverland feature had, saying this is a pitiful debut is a gross understatement.

Poor reviews obviously didn't help this movie at all, but where Pan really struggled to leave an impact was in its generic marketing that failed to differentiate the movie from the numerous past cinematic takes on the Peter Pan character. Typically, going the prequel route should make the film feel unique, but whereas other lead characters in notable prequels like X-Men: First Class and the first three Star Wars movies are noticeably younger than their conventional appearance, Peter Pan's whole shtick is that he never ages. Thus, in TV spots, posters and what not, the film didn't appear to be a prequel off the cuff, but rather just another run-of-the-mill Peter Pan film. It was a major problem the marketing couldn't overcome, and combined with the underwhelming quality of the motion picture and intense competition from Hotel Transylvania 2, it's no shocker that Pan failed to soar at the box office.

In fourth place was The Intern, continuing to hold well by dropping only 28% this weekend for a 3-day sum of $8.5 million. It's now grossed $49.4 million and continues to serves as a more light-hearted alternative to the deluge of darker films in the marketplace. Speaking of darker movies, Sicario rounded out the top five this weekend with a solid $7.4 million gross that was only 39% off from its opening weekend. The Emily Blunt/Benicio Del Toro feature has now grossed $26.5 million and should be able to easily clear $40 million in its domestic box office run.

All the way down in seventh place was The Walk, amassing a minuscule $3.7 million over the weekend. This means The Walk now has the lowest grossing opening weekend for a Robert Zemeckis feature in 35 years, and as for opening weekends for films featuring The Walk's leading man Joseph Gordon-Levitt, this opening weekend barely puts it above the likes of Miracle At St. Anna. Adding in its 9 day long run exclusively in IMAX 3D theaters, The Walk has now grossed $6.5 million, and considering it'll be tough for the movie to hang onto its screens considering the large amount of new releases coming in the weeks ahead, it look like it'll struggle to get over $15 million in its domestic run.

Rounding out the top 10 was The Visit, still holding strong and grossing $2.5 million for this frame for a current domestic haul of $61.1 million. The reason I bring the film up this particular weekend is it officially surpassed the domestic gross of M. Night Shyamalan's previous feature, After Earth, on Saturday, an impressive achievement for the smaller scale thriller. Meanwhile, in only 375 theaters, foreign comedy Ladrones grossed a solid $1.35 million for a $3,560 per theater average. Pantellion (which distributed the film through Lionsgate) has had a number of solid performers this year like Ladrones, including last months Un Gallo Can Muchos Huevos.

The Top 12 movies at the box office this weekend grossed $113 million, a 16% drop from this weekend last year when Gone Girl ruled for the second straight weekend.
Posted by Douglas Laman (NerdInTheBasement) at 9:56 AM