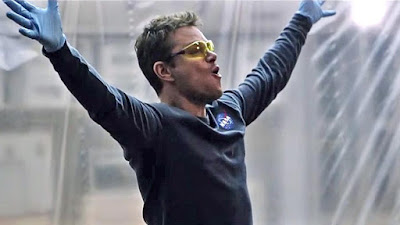 Anticipation for The Martian has been high for a while now, ever since that first teaser lifted off and grabbed everyone's attention. It looks like all systems are go for the movie, as it just made $2.5 million last night at Thursday night screenings. That's up a whopping 76% from the $1.4 million Gravity made in its Thursday night showings, while also being 28% below the $3.5 million earned by Interstellar in those specific screenings.

However, Interstellar had a Christopher Nolan fanbase that likely ran out to see the movie as soon as possible, and though The Martian does have a large built-in audience stemming from the book its based on, it should hold well throughout the week and handily beat the $47.5 million Interstellar grossed in its opening weekend. Can it beat the $55.7 million opening weekend haul of Gravity though? That's the question that will be on everyone's mind as the weekend goes on. I'll say it winds up just below Gravity for the weekend, though it won't be behind by much; I'm currently predicting it takes home a great $53.5 million opening weekend.

Also opening this weekend is Sicario, which is going into wide release this frame and currently has not reported Thursday night numbers. I'm very curious how this one will play during the weekend, given its enormous amount of buzz and the fact that it's going from 59 theaters to over 2600 locations. Finally, fellow newcomer The Walk (which opened on Wednesday) made $240,000 yesterday. The film should improve significantly once the weekend arrives, though there's no way this IMAX 3D exclusive run yields the same high results as Everest did in its IMAX 3D only opening weekend two weekends back.
Posted by Douglas Laman (NerdInTheBasement) at 10:29 AM