The Trailer For Yoga Hosers Is Just The Wurst 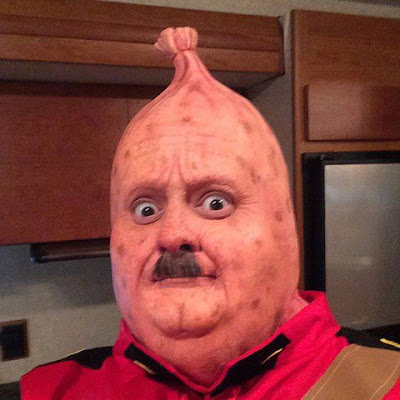 Next month, a new film from Kevin Smith will be released. No, it isn't the long-gestating Hit Somebody. No, it isn't Mallrats II; Mallbrats. No, it isn't Clerks III. No, it isn't Moose Jaws. No, it isn't a reincarnated form of Superman Lives. The filmmakers newest feature (and only his second film to carry a PG-13 rating, if I'm not mistaken) is the Canadian horror film Yoga Hosers. It looks...pretty terrible, honestly. Check out the new trailer for it below.

Full disclosure; I've found some level of enjoyment in the last two Kevin Smith films, particularly in the go-for-broke insanity that is Tusk. Red State is far weaker, with a scattershot script, but it's still watchable. Who knows if this is just a misleadingly bad trailer but Lord have mercy does Yoga Hosers look dire. All of the teen "talk" vernacular Smith seems to have picked up from his own offspring (who is one of the two stars of the movie) and Canadian accents are used as a poor substitute for jokes while new plot points pile on and on as if the trailer is desperately grappling to keep the audiences attention.

A movie studio I've never heard of entitled Invincible Pictures will be releasing the film in limited release on July 29th. Kevin Smith will be taking the film on the road by screening the film on a roadshow tour across the country over the next month or so, so that's another means of watching this film. Hopefully it turns out better than this God-awful trailer because this two-and-a-half-minute thing was just sad to watch.
Posted by Douglas Laman (NerdInTheBasement) at 2:16 PM