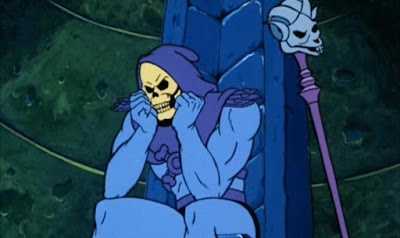 I'm more than a little surprised we haven't gotten a live-action He-Man movie in the 21st century yet considering how successful that live-action adaptation of fellow 80's toy/kids TV show property Transformers was. Such a project is finally coming to fruition, with McG coming onboard to direct this past January and now Kellan Lutz has dropped a tweet on the Twitter that indicates he's likely playing the real role. Here's the tweet:

Lutz obviously doesn't explicitly say he's the playing He-Man in the tweet, but his retweets of individuals hoping he gets the role seem to indicate he's at least interested. Combine that with him taking a meeting with the director, and yeah, this is one of those speculative driven news pieces I'm willing believe has more than a shred of authenticity. It helps that Lutz pretty much fits the general mold for what Sony is likely looking for someone in the lead for this film, namely someone whose buff, cheap and in a place in their career where they're willing to sign up for multiple movies.

I haven't been a fan of Lutz work in films like the first two Twilight films and especially his balsa wood like turn in The Expendables 3 (I haven't even seen his 2014 Hercules movie). Perhaps He-Man will allow him to flex his acting muscles in addition to his six-pack, but the choice of picking McG to direct this thing also fills me dread. I wish more imaginative choices were being picked for this project (and who knows, maybe someone else besides Kellan Lutz will end up playing this role) which I imagine will arrive in 2018.

The only question left to ask is...HEY! WHAT'S GOING ON???