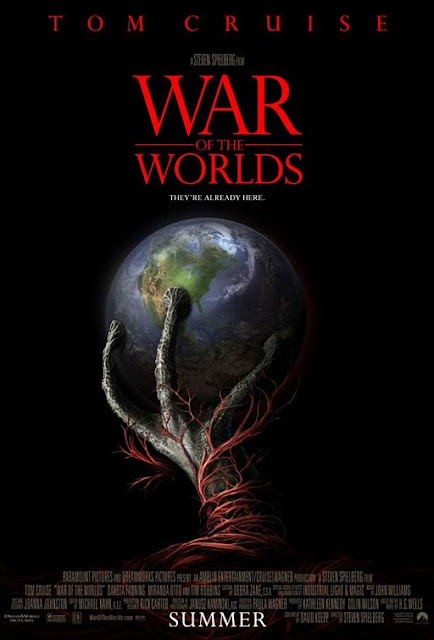 The horrific events of 9/11 thrust American pop culture into a new age marked by uncertainty, particularly when it came to American Summer Blockbusters. In the twenty-six years since Jaws was released, Hollywood had been churning out big-budget affairs each summer to capture the masses worldwide. Obvious concerns soon came up that this escapist fare would have to change in order to fit into a post-9/11 world, especially given that most blockbusters in the past five years had been attempting to replicate the success of Independence Day, which featured scenes of well-known buildings and landmarks being destroyed that wouldn't fly as cinematic reverie now.

In the years that immediately followed, a number of the major summer blockbusters that emerged managed to have some resonance with 9/11. Spider-Man in May 2002 emphasized the value of New York and the bond citizens have there while the direct of Independence Day made a new disaster movie in 2004 entitled The Day After Tomorrow that had ice simply cover famous New York buildings instead of destroying them. And then in 2005 came two types of movies that were significantly darker than their pre-2001 brethren. The first was grim n' gritty Batman movie from Christopher Nolan and then two weeks later came Steven Spielberg's War Of The Worlds. The filmmaking legend who had pioneered optimistic science-fiction with E.T. was now looking to make a terrifying voyage into one man's quest to keep his family together amidst the apocalypse.

Ray Ferrier (Tom Cruise) isn't anything special. He isn't a former Black-Ops soldier or superpowered. Hell, he's not even that exemplary of a father. Oh, he's not bad, but it's fairly obvious that he could stand some critical improvement being a divorced father. With his kids, Rachel (Dakota Fanning) and Robbie (Justin Chatwin), over for the weekend, he's hoping for a quiet weekend that'll allow him to spend some time with his daughter and maybe mend the fractured relationship between him and his son. As we're introduced to Ray and his family angelical light rains down from the heavens, a visual cue indicating this as happier times for our lead characters. Then, a storm brews in the distance. Heavy wind blows through the area as strong bursts of lightning slam into the ground around Ray and his kids.

Just as the wind and lightning cease, it's revealed that all nearby technology (including cars, phone and lights) has been turned off and can't be turned on again. Looking for answers, Ray leaves Rachel with Robbie and goes deeper into town only to discover various denizens of the area hovering around a small crater. As more and more people gather, the ground rumbles, massive cracks fill the street as a nearby Church (one place that promotes itself as a stalwart certainty in times of hopelessness) crumbles from the seismic activity. Then, emerging from the ground is a Tripod, hovering above all of the terrified people. The build-up to this reveal has been masterful, especially in its pacing that allows one to take in each new development (the discovery of the crater, the quivering ground and finally the reveal of that Tripod) so that we, the audience, can fully take in the horrifying discovering the characters in the movie are experiencing. That sense of fear reaches new heights on the Tripod begins to vaporize people, with Ray barely escaping with his life.

From there, Ray races back home, grabs his children and manages to find the only working automobile in the area. It's the only real stroke of luck he'll experience in his journey, which is otherwise an ever escalating series of harrowing events Ray struggles to survive. It should be noted that it isn't just Spielberg subverting some of his own tendencies here, Tom Cruise also plays against type as Ray. Instead of playing a young hot-shot who can tackle any mission no matter how impossible, Cruise depicts a character whose not-perfect parenting proves to be a hindrance in numerous moments of trying to survive the alien apocalypse (such as when he forgets his own daughter's peanut butter allergy). The end of the world doesn't immediately fix all of Ray's problems as a dad and a person, it instead reinforces the idea that he's just one man trying to make it in a situation far bigger than the human race, let alone him, just one guy.

It's a unique character for Cruise to depict in a summer blockbuster but he does it incredibly well. Spielberg also manages to shine as a filmmaker in confines that he's not quite used to. Frankly, the idea that Spielberg is an emotional manipulator that thrives on treacle like a fish gets by on water has always gotten massive eye-rolls from me. Not only is Spielberg plenty capable of handling more complex darker material in excellent dramas like Bridge Of Spies or Lincoln (seriously, Lincoln may be one of the most underrated American films of the last decade), but it's the darker elements in his summer blockbusters that make the scenes of wonder stand out. Jurassic Park, for instance, manages to find time for both stunning sequence where the humans see the dinosaurs for the first time and Dr. Hammond (Richard Attenborough) waxes poetic on why he wanted to build this theme park in the first place. Spielberg doesn't trade substance for emotionally stirring spectacle, he manages to combine both in his best movies (i.e. stuff that isn't The Lost World: Jurassic Park).

War Of The Worldss is by far the darkest piece of blockbuster cinema to emerge from the man though by a considerable margin. This movie doesn't give its characters any sense of hope during all of the chaos instead having Ray simply try to survive from one minute to the next. In fact, the one time the bright lighting from the opening sequences returns once the aliens begin their assault is in a scene where Rachel discovers a large quantity of corpses in a river. The light that once subliminally conveyed a sense of harmony now illuminates the true scale of the horrors being dealt upon the human race. Actually, War Of The Worlds is a perfect example of how to do a big-scale action movie like this while retaining a pervasive sense of intensity. None of the alien attacks are shot, edited or written like big spectacle scenes done solely so there's something eye-grabbing in the trailer.

Instead, the Tripods (as well as the tentacles attached to the tripods or the aliens themselves) typically just slither on into any given scene without any musical cue or terrified screams of human beings to indicate their presence. There is no grandeur to their entrances as there shouldn't be. They just appear out of the blue and unleash utter Hell upon the poor people trapped in their path. And all of these scenes are just so perfectly put together, from top to bottom, that this terrifying sense of unrest is kept in check throughout the entire movie. War Of The Worlds received OK marks from critics but mixed notices from audiences upon its release, but good Lord is this a movie well over-due for a re-evaluation. Two of the most noteworthy figures in American cinema in the last few decades (Steven Spielberg and Tom Cruise) intentionally create a film and a leading performance that go in the complete opposite direction of what's conventionally expected of them. The results of this endeavor are relentlessly gripping and masterful to watch.
Posted by Douglas Laman (NerdInTheBasement) at 1:54 PM