There's A Trailer Now For That Extended R-Rated Cut Of Batman v. Superman. This Calls For A Sarcasm Coated "Excelsior!" 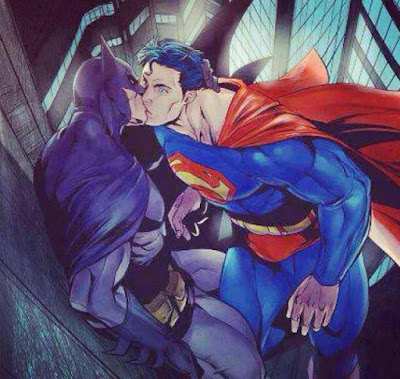 It's the punching bag of the media this year. The very word "MARTHA!!" has gone from being a common name to a term that inspires titters of laughter from individuals across the planet. It's one of the most front-loaded blockbusters of all-time at the domestic box office, even more so than the likes of Ang Lee's Hulk and last year's Fantastic Four debacle. Hell, even actor Jeremy Irons has already declared that the movie was "deservedly so" torn to shreds by critics. To say the reputation of Batman v. Superman: Dawn Of Justice has slipped down to one of the lowest levels possible of a major American blockbuster is a gross understatement indeed.

Back in February, word traveled around that a film starring two characters explicitly made for children would be getting an extended R-rated cut of the film on Blu-Ray. Awesome. Because while watching a scene where huamn trafficing victims, trapped in a cage, quiver in terror whilst hearing the screams of a man Batman is branding and the man's skin being singed, I couldn't help but think to myself  "Could this movie be darker please?" Well, my prayers have been answered, as the R-rated extended cut of this abomination of a movie will arrive on Digital retailers June 28 and on Blu-Ray July 19th.

Here's a trailer for said extended cut, which gives a glimpse at Jenna Malone in her deleted role as Barbara Gordon, A.K.A. Batgirl.

All this inspid trailer did for me was remind me how shoddy and overbearing this movie was. Enduring another 30-40 minutes of it sounds like an act that could be legally described as a form of torture.

Posted by Douglas Laman (NerdInTheBasement) at 11:55 AM