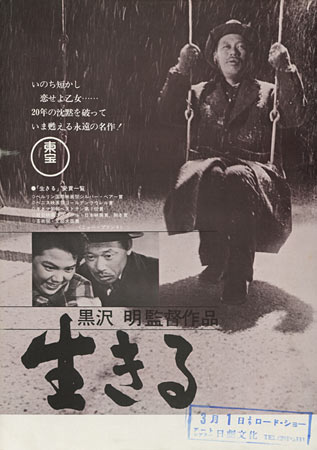 There are plenty of amazing moments to be found in Hamilton, many of which show a sense of wisdom that can only be accurately described as "remarkable". One such moment arrives in one of the final songs of the musical, as Alexander Hamilton is about to finally succumb to death, something he imagines so much it feels more like a memory. As the darkness envelops him, he comes to a shocking realization over what the word legacy truly means. I'll let Lin-Manuel Miranda's lyrics take it from here:


Legacy
What is a legacy?
It's planting seeds in a garden you never get to see
I wrote some notes at the beginning of a song
Someone will sing for me.
America!
You great unfinished symphony!
You sent for me! You let me make a difference!

More often that not, we never truly know the measure of our own lives. That can only be decided in how our actions in this life affect those around us. Alexander Hamilton comes to fully grasp this concept in his final moments on this planet, while the protagonist of the 1952 Akira Kurosawa film Ikiru still doesn't quite understand this idea as this movie begins. The protagonist in question is Kanji Watanabe (Takashi Shimura), who realizes he has stomach cancer and has only six months to live. His existence as a bureaucrat at City Hall, just going through the motions day after day, feels ultimately meaningless to him. What has he done with his life? He's worked so many hours but to what end? He has become a mummy, shambling along from one day to the next with no overall purpose or drive.

And so Kanji must come to terms with how he can make his final months alive meaningful. At first he tries a night of partying, then he attempts to connect with a co-worker whose optimistic and lively spirit he envies. And from his interactions with her (which become more and more strained over time), he realizes the most satisfying way to fill out the remaining days he has left. From there, the film does a time jump that proves to be a shrewd way to examine the primary theme of Ikiru, which revolves looking at how our own lives can affect others even in moments that seem utterly extraneous as they're happening.

As various denizens began to recall of brief interactions they had with Kanji, or even moments when they saw him in the distance, you can see how the tale of our protagonist has now intertwined so deeply with the individual stories of other people he encounters. Evoking this concept in a more underplayed fashion perfectly fits with how, in real life, some of our most important and defining moments come in times that we don't consider all that important or life-changing as they occur. It's this sense of incredible introspection that thrives in Ikiru, its screenplay practically bursting at the seams with large quantities of wise veracity when it comes to the nature of living one's life to its full potential.

The visual look of Ikiru shows a similar level of craftsmanship and thoughtfulness evident in the screenplay. Like the past three Akira Kurosawa films I've seen, every frame seems to have a deeper meaning behind it thematically that helps exemplify smaller character moments. But in terms of successful elements found in Ikiru (and there are many, believe you me), it's Takashi Shimura's lead performance that ties the room together, so to speak. Shimura brings out this mournful facial expression frequently in Ikiru that cuts right through you, while the actor also makes a smart decision to translate the forlorn emotions of the character physically in Kanji's more reserved posture.

Ikiru is the kind of movie that an obvious amount of dedication, effort and virtuosity went into. All of its combined elements (in addition to the directing, writing and a strong lead performance, the editing and supporting cast also bring tons to the table creatively) come together to form something turly remarkable. It is the kind of piece of art that has something resonant to say in regards to the very basic concept of life itself and those lofty dramatic ambitions are amazingly fulfilled and then some. To quote a recurring song from Ikiru itself, "Life Is Brief", so be sure to fill your life with top-caliber films like Ikiru.
Posted by Douglas Laman (NerdInTheBasement) at 3:21 PM