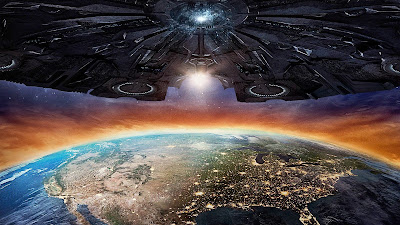 If there's one blockbuster this summer that's always felt like an unpredictable fellow, it's Independence Day: Resurgence (a movie that I'll be seeing this morning and hopefully will have a review up for that one as early as tonight). This Roland Emmerich movie has had meek marketing but it does feel like there might be more potential nostalgia for this property than there is to, say, see the Ninja Turtles and X-Men in perfunctory adventures just two years after their last romp. The Thursday night box office for the title doesn't seem to indicate quite how it'll do over the weekend, but it looks like it might be on track to at least avoid becoming a total dud over the weekend.


ID4: Resurgence grossed $4 million last night, about on par with the Thursday night sum grossed by Mission: Impossible- Rogue Nation last year. That Tom Cruise action film (also a sequel to a 1990's action movie, albeit not a direct continuation) ended up grossing $55.5 million in its opening weekend and hitting $50 million for the weekend seems like a solid goal for this sci-fi adventure film. Hitting exactly $50 million in its opening weekend would put ID4: Resurgence directly on par with the $50.2 million bow of the first ID4 film.

Three other movies are going into wide release this weekend, The Shallows, Free State Of Jones, and The Neon Demon. That third movie has yet to release Thursday numbers, but we do know how The Shallows and Free State of Jones fared last night. First up, The Shallows grossed $1.325 million, a solid number that seems to indicate that the movie has a strong chance of shooting past $10 million in its opening weekend. Meanwhile, Free State Of Jones grossed $365,000 last night, a not so good result that, compared to another 2016 summertime drama, is down about 40% from the Thursday night grosses of Money Monster. We shall see if this $50 million Gary Ross feature will perform a bit better over the weekend.

Of course, all of these new titles titles will almost certainly be beneath Finding Dory this weekend, which has been putting up some mighty impressive box office figures during the week. In fact, Finding Dory grossed $17.4 million yesterday, the eighteenth biggest Thursday gross of all-time and the thirteenth biggest Thursday gross excluding films like The Matrix Reloaded and Star Wars: Episode III- Revenge Of The Sith that opened on Thursdays. If Finding Dory plays exactly like Toy Story 3 into its second weekend, its second-weekend haul would be $80 million exactly, the fourth biggest second weekend gross of all-time.
Posted by Douglas Laman (NerdInTheBasement) at 10:07 AM