Cue The Applause; Lady Gaga Is Starring In A New Version Of A Star Is Born With Bradley Cooper 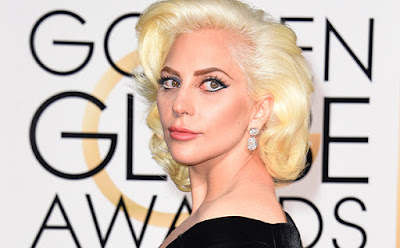 Three-time Academy Award-nominated actor Bradley Cooper has played many roles in his career. He's been an American Sniper, a guy who said Aloha and a gun-toting raccoon. Now he'll take on a new challenge; directing. Yep, Mr. Cooper is going behind the camera for the very first time. He'll be directing and starring in a new feature film remake of A Star Is Born. They've been looking for a leading lady before going full steam ahead on the project and it appears they found someone to star in the project with Mr. Cooper: Lady Gaga!

The singer/actor is well-known for her advocacy for LGBTQA, winning six Grammy Awards and being at the center of an episode of The Simpsons considered one of the worst in the show's history (yeah, even worse than the one episode that contains both alligator murder and Kid Rock). Putting aside the snarkiness though, I'm actually a major Lady Gaga fan myself. What can I say? The majority of her songs are catchy as hell (just try not to find yourself swept up by Born This Way or Bad Romance). Plus, her charity work to help the downtrodden and mistreated gets a big o'l thumbs up from me.

I absolutely love the idea of her engaging in a musical feature (on a sidenote, boy is it nice to see an influx of live-action musicals coming our way in the future), and since I also happen to be a big fan of Bradley Cooper's work (though his double-whammy of massive duds like Aloha and Burnt last year made it hard out here for us B-Coop fanboys, I'll tell you that), yeah, color me interested in the project. I freely admit to not having seen previous iterations of A Star Is Born, so I can't speak to what kind of legacy this new incarnation of the musical has to live up to, but with Lady Gaga and Bradley Cooper onboard to lead the project, I'd say there's some real potential here.

Let's just hope, when it comes to high-profile directing debuts, Bradley Cooper's directing talents are more along the lines of Damien Chazelle's work on Whiplash and less Carl Rinsch on 47 Ronin. Oh, and this note goes out directly to the producers of this new version of A Star Is Born; if for some reason Lady Gaga leaves the project, just remember that Phillipa Soo has an open schedule now that she's left Hamilton....