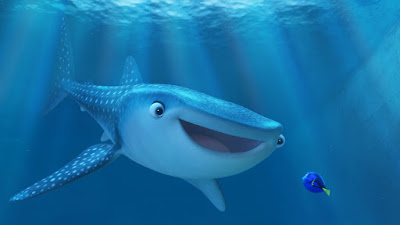 Finding Dory was always presumed to be a box office juggernaut in its opening weekend, but good Lord do these Thursday night numbers seem to signal that the film is well on its way to become a monster at the box office this weekend.


Finding Dory grossed $9.2 million last night at Thursday night screenings, a 49% increase over the $6.2 million sum Minions racked up in its Thursday night showings last July. It also leaves the previous biggest PIXAR Thursday night showings in the dust, including Toy Story 3 ($4 million) and Inside Out ($3.6 million). If Finding Dory plays out over the weekend just like Minions, it'd make $172 million this weekend. That's a number likely out of Dory's reach, but it wouldn't be shocking to see the feature gross over $150 million over its opening weekend. It'll be fascinating to see how this one plays out over the weekend since it looks like Dory is turning up box office numbers we won't soon forget,

Central Intelligence also got off to a strong start last night, grossing $1.835 million, ahead of the Thursday night numbers of Spy ($1.5 million), Get Hard ($1.8 million) and Ride Along 2 ($1.26 million). This one looks like it could be gunning for a weekend gross in the range of $31-34 million this weekend, which would be the fourth-best debut in 2016 for a non-sequel (behind Deadpool, Zootopia and The Angry Birds Movie).

Come back on Sunday for my examination of this weekend's box office report, where I have a hunch I'll be doing further analysis of Finding Dory's various box office achievements.
Posted by Douglas Laman (NerdInTheBasement) at 10:37 AM