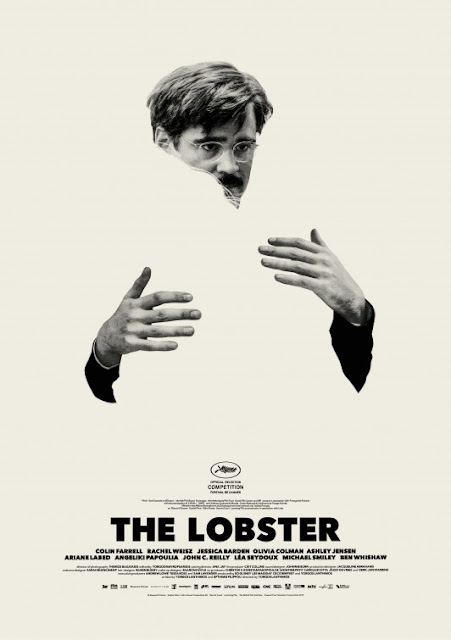 This summer has brought a deluge of sequels and an equally large (if not even greater in size) amount of online editorials decrying the amount of follow-ups crowding movie theaters. In a season where neighbors, X-Men and turtles proficient in the ways of being a ninja have returned for obligatory sequels, in comes The Lobster from Greece auteur Yorgos Lanthimos with a premise that's, well, it's unique, that's indisputable. The Lobster basically saunters into this sequel-heavy summer all decked out in a classy suit, a golden pocket watch clasped in its palm and whistling a cheery tune. In other words, The Lobster practically emanates confidence in its idiosyncratic nature.

To quote Michael Shannon, we're all a little bit lonely, but in the world of The Lobster, a life of solitude is unacceptable, with each individual being sent off to a resort where they must find a mate within a 45-day timeframe or they will be turned into an animal of their choosing. For David, it is his turn to find himself a lady to spend his life with in this rigidly controlled environment. Here, the very concept of love has all of its spontaneity and joy sucked out of it while it doesn't help that the whole "being turned into an animal" thing is looming over David's head this whole time.

What happens to David here in his quest for human connection? Well, to divulge further plot points would remove one of the best aspects of The Lobster, its willingness to go down the most outlandish and unexpected plot turns imaginable. Like any successful romantic relationship, The Lobster constantly keeps you on your toes, wondering where on Earth else it could possibly take you. Yorgos Lanthimos and Efthymis Filippou are the individuals in charge of this film's screenplay, a script that not only shows deft ability to keep the plot moving in an unpredictable and satisfying fashion. Plus, there's a masterfully keen awareness for how to divulge information about this unique world in the script.

The Lobster doesn't dote on its audience with answers about the whos, hows and whys about every little facet of its universe, but what's important to the characters and themes of the film are explained more than sufficiently enough. Plus, the more open-ended nature of this world is what allows for unexpected left turns in the plot to happen so organically. I've seen a number of blockbusters (namely Batman v. Superman, Warcraft and X-Men: Apocalypse) that bent over backwards establishing a complex mythology at the expense of crafting an interesting plot or engaging characters, so imagine my elation upon seeing how well The Lobster conveys the inner workings of its own world while carrying on an engrossing narrative. What excellent proof that these two elements can indeed live in harmony in top-notch movies like The Lobster.

Visually, The Lobster is similarly aces, from the design of the resort area (which manages a solid balance of looking like it would pass as a place that would naturally appeal to people while carrying an air of eerieness to it) to the superb cinematography by Thimios Bakatakis. Just look at any given shot of the characters in the woods for proof of this film's gorgeous visual aesthetic, which allows the radiant natural environments to convey a sense of beauty without any intrusive visual elements like gratuitous color grading to distract from the story or characters. Speaking of characters, Collin Farrell works wonders as the sad-sack lead character, a socially struggling individual who obviously does not fit into this one-size-fits-all society.

I imagine The Lobster may not be for just anyone, especially in its darker sense of humor that could prove to be too overwhelming viewers of a certain stripe. If it isn't your cup of tea, fine and dandy, but for me, it certainly worked like gangbusters. It's got a number of key elements (strong screenwriting, gorgeous directing, unpredictable story turns, a lovable dog) that can be crucial for many great movies and that's certainly an apt description for The Lobster. Truth be told, the only thing that can outmatch The Lobsters uniqueness is its overall top-notch quality.
Posted by Douglas Laman (NerdInTheBasement) at 3:16 PM