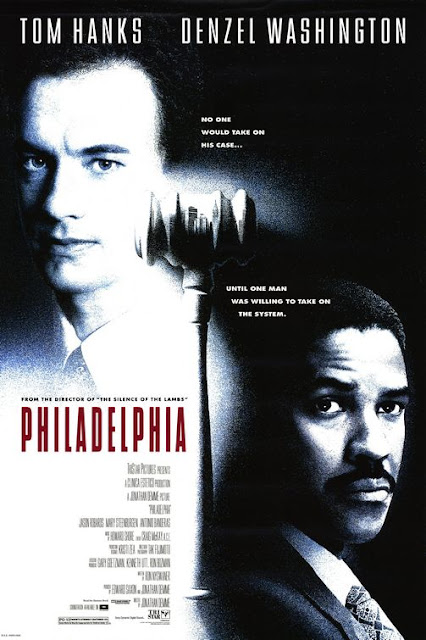 The arc of representation for LGBTQA+ characters in high-profile American cinema is not one that shows constant increases in representation as the years go on, but rather an interesting spike in the 1990's followed by the 21st century sending the idea of queer characters getting to be regular participants in major American films crashing to the ground. A number of 1990's films like The Birdcage made one think things were turning around for the better but unfortunately, queer representation was limited to the arthouse sector in the 2000s save for Brokeback Mountain and (kind of) Bruno. It's only recently that major American studios have started to make a small sampling of non-arthouse fare with queer protagonists again, films like Love, Simon or the upcoming Kristen Stewart/Mackenzie Davis rom-com Happiest Season.


Thank God we're finally getting more of these kinds of movies, hopefully they will be a permanent fixture in American cinema rather than just a brief blip of progressive representation like we saw in the 1990s. That blip is what brought us Philadelphia, a 1993 drama about Andrew Beckett (Tom Hanks) losing his job at a high-profile law firm after he displays the early signs of having contracted AIDS. He's looking to get a lawsuit against his former employers together and he seeks the counsel of Joe Miller (Denzel Washington) to do so. Miller is pretty overtly homophobic and refuses to take the case on at first, but you know what, maybe, just maybe, these two might have more in common than you might think.

The best parts about Philadelphia are from Andrew Beckett's perspective and why wouldn't they be? They're the elements of the story with the most dramatic propulsion since he's got a drive to put together a lawsuit reaffirming his own humanity and the humanity of other gay individuals with AIDS stigmatized by society, that's thoroughly compelling storytelling material. Plus, Beckett is being played by Tom Hanks, a rightfully legendary performer who managed to show signs of life in something like Inferno so it's about as surprising as seeing a cherry on a sundae to see him turn in sublime acting under the direction of Johnathan Demme.

Ron Nyswaner's script also seems to be at its most creative and affecting when it comes to emotional moments related to Beckett, a late scene showing Beckett getting swept up in music in his apartment is a trippy & moving way to use the characters own personal artistic tastes to explore what going through his mind at this late stage of the trial. Even better than that, and maybe the best scene of the whole movie, is a touching sequence where Beckett and his partner, Miguel (Antonio Banderas), reach out to Beckett's family to make sure they're OK with Beckett taking his case to court. Watching Beckett's various relatives, including his parents who say they didn't raise him "to sit at the back of the bus", give him their full-support is a moving scene, one that relies on only dialogue and some strong performances to emotionally move the viewer.

More of Philadelphia could have used that restraint though as too much of how it tries to convey emotion relies heavily on elements so intrusive in presentation they might as well be mallets bonking viewers on the head. When Philadelphia does subtlety, it tends to do it very well, so it's odd to see it so often default to poorly executed obviousness. For instance, Howard Shore's score has some affecting parts to it but it frequently feels like its overwhelming more quiet characters moments instead of contributing to them while the constantly moving camerawork shows flashes of imagination but too often just made me wish they could latch it down to a tripod so I could just concentrate on what was unfolding on-screen instead of constantly wondering where the heck this camera was gonna tilt to next.

Denzel Washington's lead character Joe Miller suffers from both over-the-top tendencies and predictability, as his character goes from the typical bigot-to-woke journey seen in so many American movies without much alteration or creativity aside from the admittedly unique decision to cast a person of color in this role. The fact that the viewer is stuck with Miller's tired character arc as the primary lens through which the story is filtered is especially frustrating considering Andrew Beckett is not only a more interesting character but the scenes that are told through Beckett's eyes are always noticeably better, it's like comparing night & day or Olympus Has Fallen & White House Down. Washington, who's like Hanks in being an acclaimed modern performer who constantly more than earns his highly regarded statue as an actor, does decent work in the lead part of Philadelphia that both feels pretty paint-by-numbers and has him constantly playing off Hanks in rare form. The fact that we get two strong turns from a pair of great actors certainly helps make Philadelphia rise above some of its numerous shortcomings but even Washington and Hanks can only help so much. Though far from a bad movie, hopefully some of those forthcoming high-profile LGBTQA+ features rise to a higher level of quality than the messy but frequently moving Philadelphia.
Posted by Douglas Laman (NerdInTheBasement) at 11:30 AM