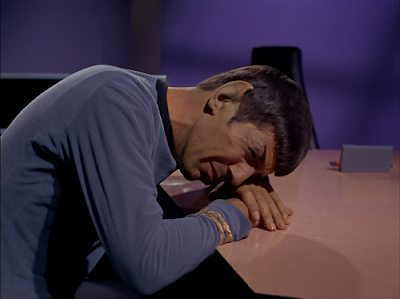 Yesterday, Deadline broke the news that Jessica Jones director S.J. Clarkson would be directing the debut episode of a still-untitled Game of Thrones spin-off, a project she could undertake because a schedule had opened up in her schedule due to a prior directing commitment being shelved. That prior directing commitment? The next installment of the Star Trek film series. Clarkson had been set last Spring to make her feature film directorial debut by helming a sequel to 2016's Star Trek Beyond, but the project ran into a roadblock last August when pay disputes between Paramount Pictures and stars Chris Pine and Chris Hemsworth led to the two actors walking away from the project, putting its very existence in jeopardy.


Despite folks like Karl Urban saying the issue would get resolved, it seems that the next Star Trek movie (which will be referred to as Star Trek 4 for conveniences sake for the rest of this article), which apparently would have involved the J.J. Abrams version of the Starship Enterprise and some version of Kirk's deceased dad (played by Chris Hemsworth) has indeed been shelved. The dire state of the project has been enhanced by how Paramount's response to a Screen Rant story on this news was simply "We have no comment on this news at this time" rather than a more hopeful "This project is still in development"-esque statement that could have easily countered the gloomy prospects for the next adventure for Kirk and company.

Why exactly the next Star Trek movie has gone under can be traced back to how Paramount has been in a weird place financially with these Star Trek movies. They're one of the few big franchises the studio has had (adjusted for inflation, six of the thirteen movies have cracked $200 million domestically), but they're also one of the few American blockbuster franchises to struggle at the international box office. Typically, the likes of Transformers, Jurassic Park or the Marvel Cinematic Universe movies can double or even triple their domestic box office abroad whereas the 2009 Star Trek movie only made $128 million internationally, about half of its $257 million domestic gross. For some reason, Star Trek seems to be the one American blockbuster series that foreign audiences just don't flock to. That becomes a real problem when these movies are so expensive to produce; Star Trek Beyond cost $185 million to make, but only made $343 million worldwide, less than twice its budget.

Even given how that most recent entry in the series struggled at the box office, Paramount has been high on making Star Trek a big franchise for the company in the near future, to the point that they crowed about having two new Star Trek movies on the docket last Spring at CinemaCon. With Star Trek 4's future uncertain, that leaves just that Quentin Tarantino Star Trek movie as the only Star Trek project a-go at Paramount and who even knows if that bizarre sounding entity will ever see the light of day. While the circumstances surrounding the likely demise of Star Trek 4 are far from surprising, it's still disappointing to hear given how good the cast of these new movies was, not to mention that the idea of S.J. Clarkson getting the chance to direct a big-budget movie was super exciting. Plus, Star Trek Beyond was so great that it got me incredibly intrigued to see where the series could go next. Turns out, the next destination for this series of films won't be where no man has gone before but rather development hell.
Posted by Douglas Laman (NerdInTheBasement) at 12:44 PM