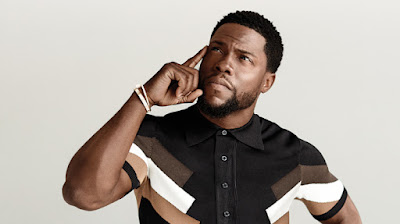 In December 2018, Kevin Hart was picked as the host for the impending 91st Academy Awards. Shortly thereafter, a number of tweets from around 2009 to 2011 resurfaced of the comic making jokes that were basically just hateful comments about gay people (including one where he threatened physical violence against his son if he ever exhibited "gay" behavior like playing with dolls). In response to these tweets resurfacing, Hart made a social media post saying that the Academy of Motion Pictures Arts and Sciences (which is in charge of the Academy Awards) had told him he could still host if just apologized for the posts, but that he was refusing to do so in the name of making sure not to give into "the haters". A few hours later, Hart was fired from the hosting gig, a turn of events that was accompanied by him finally apologizing for his social media posts.


That seemed to be the end of the story but like any Hollywood tale, a twist was waiting in the wings.  Yesterday, officially released footage went viral of Kevin Hart being interviewed by Ellen DeGeneres and this turn of events came up. DeGeneres claimed that the Academy was doing everything in its power to get Hart back to host and that the people who brought up Hart's tweets were simply "haters" and encouraged him not to pay attention to them. Considering that the Academy Awards for this year have yet to actually pick a host, I'd say Kevin Hart will almost certainly get to end up hosting this show after all and that's not a turn of events I'm altogether comfortable with.

Now, let me make this perfectly frank, I do not think Kevin Hart is some evil homophobe who should never work again, nobody is suggesting that. Hart is doing just fine in his career even if he doesn't end up hosting the Oscars, he has a major new comedy (The Upside) about to open in theaters everywhere and he's a week or two out from the first day of shooting of a sequel to the massive blockbuster Jumanji: Welcome To The Jungle that he'll headline. The largest consequence of these tweets resurfacing is that Hart doesn't get to host one award show because he refused to initially apologize for his social media behavior that uses homophobic humor that, unfortunately, can also be reflected in a handful of his more recent motion pictures like Get Hard. The fact that the content of those earlier tweets still reverberates through more recent artistic endeavors that he participated in makes it a bit difficult, for me at least, to accept Hart's recurring proclamation that the attitudes reflected in those social media posts was long in the past.

More troubling than the attitudes reflected in the worst Will Ferrell comedy vehicle is the fact that Hart, in his initial response to these tweets resurfacing, as well as in the DeGeneres interview, still seems to think of this as a matter of haters trying to drag him down rather than a marginalized community questioning his use of demeaning jokes is what really makes me uncomfortable with him hosting. The fact that his lone piece of action since getting fired from this gig was not advocating for LGBTQA+ causes on social media but rather an Ellen Degeneres interview to try and frame himself, the rich powerful comedian who made homophobic attempts at jokes, as the victim in this whole ordeal especially leaves a sour taste in my mouth.

Hart's whole approach to this debacle has been from a "me" standpoint, his initial social media response to this outcry over this repulsive tweets was simply to talk about his own happiness while this DeGeneres interview, with the aid of DeGeneres herself, to dismiss those who critique Hart as just nobodies on the internet (boy is it disappointing, as a lifelong fan of Ellen's, to see her say this stuff). By having Hart just focus on himself even in more measured responses to this ordeal, like an interview he carried out with Variety yesterday, the voices of the disenfranchised LGBTQA+ community that were so hurt by his original comments are swept under the rug, just as they usually are throughout history.

Is it really the time for him to get this gig back if it still feels like he hasn't come to terms with the broader community his jokes offended? I certainly don't think so and I'm not the only one who thinks so. Don Lemon covered this topic yesterday in a more eloquent way than I ever could as he emphasized the necessity of Hart, after making so many homophobic jokes over the years that exploited the all too real pain of actual human beings, needing to reconfigure himself as an ally for the LGBTQA+ community rather than just trying to paint himself as the victim of some nonexistent mob. The path to actual growth and change involves, well, growth and change, and that means Hart's goal now should be to focus his future on helping others in a marginalized community he mocked for so long and not just on looking to the past and reclaiming that Oscar hosting gig he lost.
Posted by Douglas Laman (NerdInTheBasement) at 10:51 AM