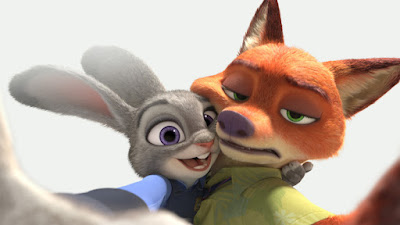 Last nights Thursday night numbers are in for Zootopia (which I won't be seeing and reviewing until Tuesday), as well as London Has Fallen, though I'm still waiting on figures for the third new release of this weekend, Whiskey Tango Foxtrot. Anywho, looks like Zootopia is about be a huge box office hit is its Thursday night grosses are anything to go by. It grossed $1.7 million last night, a major improvement on all comparable titles.

For instance, Big Hero 6 took in $1.4 million and The LEGO Movie scooped up $400,000 (though the Thursday showtimes for Emmet and his brick filled friends started three hours later than Zootopia). If the 20%-ish increase from the Thursday night numbers of Big Hero 6 to Zootopia translated to the opening weekend of Zootopia, it would make about $67 million for the frame. We shall see if that pans out.

London Has Fallen took in $850,000 last night, which is a tad more than half of the $1.6 million taken in by Taken 3 last January and only slightly up from the $800,00 garnered by Gerad Butlers Gods of Egypt last week. This one's wild card and I honestly have no clue how it'll do this weekend, though I doubt it gets above $20 million in its debut.
I'll have numbers and analysis for Whiskey Tango Foxtrot whenever I receive box office figures for it.
Posted by Douglas Laman (NerdInTheBasement) at 10:10 AM