Where Does The DC Extended Universe Go From Here? 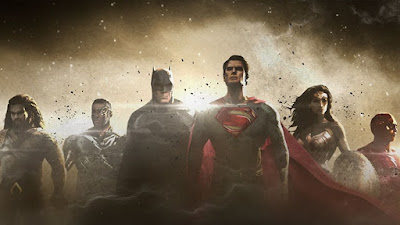 Batman v. Superman: Dawn Of Justice is a big fat hit. Grossing over $420 million worldwide in just a few days, this thing is easily headed to over a billion dollars worldwide and has fulfilled the faith Warner Bros. had in this franchise when they announce half-a-decades worth of movies based on various DC Comics characters back in October 2014. The DC Extended Universe, as it's being called, is here to stay. And, as someone who hated Batman v. Superman, I have some mixed feelings about this whole thing, to say the least.


The good news for this cinematic universe is that not every film emanating from Warner Bros./DC will be helmed by Zack Snyder, whose last three movies have ranged from "abysmal" to "torturous". David Ayer is handling Suicide Squad and Patty Jenkins is directing the solo Wonder Woman that's arriving next summer. Alas, Snyder is in charge of the two Justice League movies we'll be getting over the next three years, but oh well, at least he's not handling everything this universe is creating and that's a veeeery good thing indeed.

DC Comics is home to a vast amount of fascinating, nuanced and entertaining characters, the kind of fictitious figures who have stood the test of time by being embraced by numerous generations over numerous forms of storytelling. The likes of the Flash, Wonder Woman and Superman could easily make good movies, but Zack Snyder, along with the writers of Man Of Steel and Batman v. Superman David S. Goyer and Chris Terrio, have shown in their DCEU works that they have no time to establish the character dynamics, solid storytelling structures or emotional stakes needed to make these characters work. Instead, they're too busy ensuring everyone on camera is frowning at all times and zapping even the most potentially fun action scene of all its intended thrills via poor staging and editing.

You know what the best scene in all of Batman v. Superman was? A small moment where Clark Kent comes home, with a bag of groceries in his arm, talks to Lois Lane (whose in a water-filled bathtub) and then the two cuddle. It's the only moment of true humanity in the entire film which otherwise rejects the concept of love, friendship, attraction or other basic human emotions beyond the one's experienced by a lackluster goth 7th grader. We need more stuff like that in these movies, those smaller character moments that enhance the interactions and relationships between the various figures in the story. Sure, this moment would probably work better if the romance between Clark and Lois had at all been developed in Man of Steel or in this current movie, but at least it's something, the one moment where Batman v. Superman gets a momentary burst of actual humanity.

Thankfully, like I said, they're not the only ones handling these characters in their film form in the years to come and maybe the likes of James Wan (he's directing the solo Aquaman movie, and recently promised that the film would carry lots of fun and also lots of sea monsters), David Ayer and Patty Jenkins can bringing in that humanity that's been crucially missing from the first two entries in the DCEU. Hell, the trailer for Suicide Squad already has tiny moments of character-based action like Harley Quinn reading a book in her prison cell or Captain Boomerang covertly attempting to drink some booze in the middle of a warzone that suggest an emphasis on elements like "personality" and "fun" that were mostly absent in MOS and BvS. To boot, future DCEU movies have some great actors to work with; Jason Momoa, for instance, is a great choice fo Aquaman and Ezra Miller is one of the most promising young actors today, so you can imagine I'm excited as hell to see what he brings to the role of The Flash in his non-Snyder outings.

Batman v. Superman: Dawn Of Justice is a garbage fire of a movie with an endless amount of flaws that makes me dread the prospect of more Zack Snyder DC Comics motion pictures. But the idea of other filmmakers tackling these iconic figures with the great actors assembled? Yeah, I can get down with that. Plus, Man Of Steel and Batman v. Superman were so bad, they can't possibly get any worse from here, right?

Right?
Posted by Douglas Laman (NerdInTheBasement) at 10:54 AM