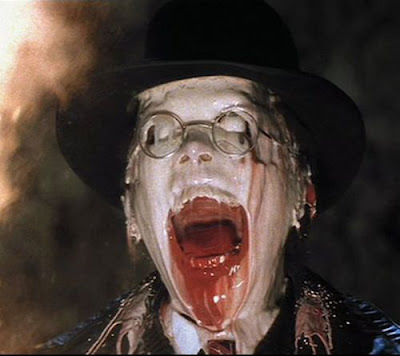 Well, looks like my dreams of Oscar Isaac taking on the role of Indiana Jones ain't gonna happen.

Yes folks, Disney has officially announced a new Indiana Jones movie for July 19, 2019. Steven Spielberg will be back to direct while the 74 year old actor known as Harrison Ford is also returning to the part of Indiana Jones. No word yet on if Shia LaBeouf will be coming back as the offspring of Indiana Jones or any exact plot details for the film.

Indiana Jones And The Kingdom Of The Crystal Skull made $786 million at the box office back in 2008 and that was without the advent of 3D and IMAX ticket prices, not to mention the fact that China didn't even receive the film the last time around. So, yeah, the financial incentives are more than there, but I really do think they shouldn't be dragging up Ford and Spielberg for this one. Notice I didn't say they should skip another Indy adventure altogether; the character was made up by Spielberg and George Lucas as the US's answer to James Bond after all, so taking a cue from that character and just recasting the role would work just fine.

You'll be hard-pressed to find a bigger Steven Spielberg fanboy than myself, but I'm dubious there's much more he and Ford have to say on the realm of Indiana Jones if Crystal Skull (which I think is, at worst, an OK movie, it's far from terrible) is any indication. Let new filmmakers take this beloved character on instead of drudging up more figures from the past simply for the sake of "nostalgia".
Posted by Douglas Laman (NerdInTheBasement) at 12:51 PM