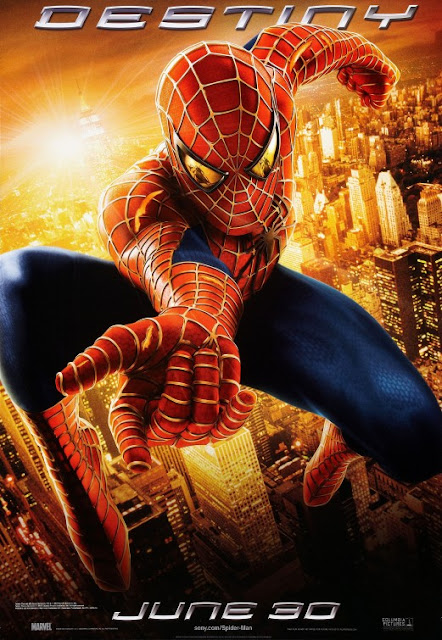 Every summer blockbuster sequel wants to be The Empire Strikes Back. After all, that was one of the first major summer blockbuster follow-ups of its kind in a post-Jaws/Star Wars/Superman: The Movie world and it's still regarded today as the best film in the entire Star Wars saga. What many take away from the artistic success of The Empire Strikes Back is that it was solely the darker elements of the story that made it good. Thus, ya get a lot of summer blockbusters that tweak the color grading to harsher colors and toss in a lot of violence in order to become the next Empire Strikes Back. But that specific element is not what made that Irvin Kershner film so beloved. It was the fact that Empire Strikes Back dove deeper into its characters psyche, tested them, put them in new more morally complex situations that challenged them and the audience. Oh, and it was also well-made, full of fun action, Yoda was an incredible creation from his first line of dialogue onward, ya get the idea.

Few summer blockbuster sequels have captured that level of quality found in The Empire Strikes Back, but Spider-Man 2 (along with the likes of The Dark Knight and Avengers: Age of Ultron) is one of the few to realize how crucial the level of skilled filmmaking and nuanced writing was in making that first Star Wars sequel so memorable. This may be a controversial and against-the-grain opinion I'm stating here today, but I believe Spider-Man 2 to be a fantastic motion picture and an improvement on its already top-quality predecessor.

This time around, the plot centers on Peter Parker trying to balance his school life (he's now in college), his job, paying his rent, dealing his residing feelings for Mary Jane Watson (Kirsten Dunst)...oh, and he's also gotta still be the protector of New York City, Spider-Man. This is one of the best moves by the screenplay (this time around penned by Alvin Sargent), which goes through great pains to show that being Spider-Man does not automatically remove all of the everyday inconveniences and problems Peter has to face. If anything, these new responsibilities enhance his slowly mounting mundane struggles. But soon, Peter finds another formidable obstacle to face in the form of a new enemy named Otto Octavius (Alfred Molina), a scientist-turned-supervillain who also brings in a vengeful Harry Osborne (James Franco) into the equation.

Maguire, like in the first Spider-Man, proves himself an actor adept at palying the multiple facets of Peter Parker's personality, and it's a testament to both him and the script that the more selfish desires of his character come across as understandable urges that we want him to overcome rather than him acting like petulant immature individual. Other returning actors (like Kirsten Dunst, James Franco and the always entertaining J.K. Simmons) also leave an impression in their sophmore outings in these characters. On the flip-side, newcomers Alfred Molina instantly makes his character one of the best 21st-century film antagonists, making Otto Octavius as layered as he is menacing.

Equipped with a budget far larger than the first film, Spider-Man 2 tosses its lead character into plenty of action sequences far greater in scale than those seen in the first film. Watching the web-crawler attempt to stop a runaway train is a dizzying experience, with the sequence being paced and timed to perfection. But this segment in the feature also serves as a showcase for why Spider-Man 2 has such an incredible reputation over a decade later, as Spidey attempting to stop this train doesn't just serve as a reason for some mindless action. Instead, it leads to a moment that still gives me a lump in my throat...when the civilians on the train discover the identity of Spider-Man. They realize this man that's been saving them from numerous precairous situations is just another normal human being like them. Why, one passenger even remarks, "[he's] no older than my son."

It's a poignant moment that other lesser summer blockbusters (or lesser motion pictures in general) never would have taken the time to execute. But Spider-Man 2 is as focused on bringing to life wonderfully developed characters as it is on the crafting stunning sequences of spectacle. After all, all of that action would be pointless if the viewer didn't care about the characters, and Spider-Man 2 is all too aware of that. In short, not only does Spider-Man 2 scale the same heights of quality that The Empire Strikes Back reached two decades prior, it paves it own path as a fantastic follow-up future summer blockbuster sequels will want to emulate.

Posted by Douglas Laman (NerdInTheBasement) at 8:30 AM