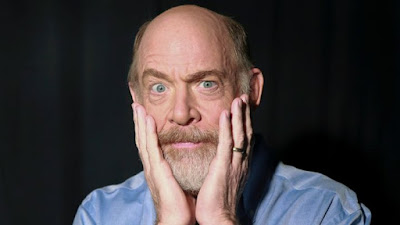 After numerous false starts (one of which, back in 2007, even had George Miller onboard to direct!), a live-action Justice League movie is on the way from director Zack Snyder, with filming set to start on April 11, 2016. In terms of new characters in the film, there's no official word on who the bad guy of the production is, but some imagery from the Batman v. Superman promotional materials explicitly spells out the idea that Darkseid will factor heavily into the plot. But we do have word on another new character that'll be in the film, Commissioner Gordon, who will be played by J.K. Simmons in the film, and presumably will reprise the role in future DC Comics features like a solo Batman movie.


I'm a huge fan of Simmons, so the concept of him stepping into the DC Extended Universe (that's the official name for this connected universe of films Warner Bros. has going on) playing a majorly important character like this one is a tantalizing one. Let's hope he's not wasted like Amy Adams in Man of Steel, because, really, Simmons deserves all of the best things in the world. It'll also be neat to see him rubbing shoulders alongside other Batman mythology mainstays played by the likes of Jeremy Irons and Jared Leto in the inevitable Ben Affleck Batman movie. What I'm also curious about is how Simmons will be approaching the role, specifically if he'll be deviating from the personality of Gordon (as played by screen legend Gary Oldman) in The Dark Knight trilogy. Will he still be emphasizing Gordon as a lone good man in a corrupt world in his performance, or will he bring his own interpretation to the table, perhaps emphasizing a more hard-bitten demeanor? The mind reels at the possibilities he could bring to this part.

On another note, this does solidify that Simmons will not reprise his role as J. Jonah Jameson in the new Spider-Man reboot, which does open the door for a new actor to put their own spin on the character. I've heard numerous fan suggestions for the role (ranging from Meryl Streep to Louie C.K. to Hugh Laurie to Nick Offerman) that would work excellently for that part, though they'd all have a tough time beating Simmons iconic take on the role.
Posted by Douglas Laman (NerdInTheBasement) at 12:21 PM