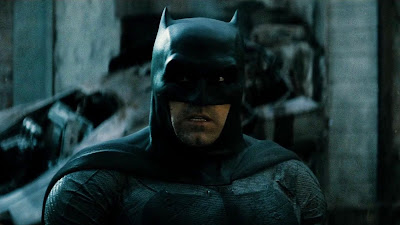 Night (or should I say knight) has fallen on the box office as Batman v. Superman: Dawn Of Justice got off to a massive $27.7 million start last night at Thursday night screenings that began at 6 PM. That's the second biggest gross for a superhero movie at these kind of screenings, only behind the $30 million sum garnered by The Dark Knight Rises at Midnight showings back in July 2012. This $27,7 million sum puts Batman v. Superman puts this Zack Snyder film ahead of The Avengers, Man Of Steel (which grossed $21 million at 7PM screenings, tickets to which could only be bought at Wal-Mart, and midnight showings) and Avengers: Age Of Ultron. It's also, just from these screenings alone, already the eighth highest grossing movie of Jesse Eisenberg's career.

How high is this one gonna go for the weekend? Hard to say. The showtimes starting an hour earlier than usual for these sort of blockbusters likely gave it a boost, though it's fairly obvious that there's plenty of interest for this title despite the negative reviews it's received from critics (including yours truly!). It's going to get to over $100 million this weekend with not even a single problem though, and it's probably gonna get over $150 million in its opening weekend as well.

We'll have a better idea of the box office trajectory for this one once Friday numbers come rolling in, though I have a hunch this won't be the last time we talk about the box office for Batman v. Superman in a positive light.
Posted by Douglas Laman (NerdInTheBasement) at 10:15 AM