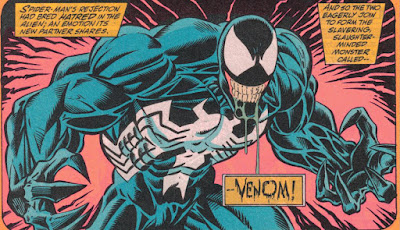 There was a time, dear reader, when the concept of a live-action Spider-Man movie was an enthralling one to prospective moviegoers. After two decades of trying to get a live-action film off the ground, the Sam Raimi Spider-Man busted box office records in 2002, gained critical acclaim and spawned a sequel that is still considered to be one of the superhero movies of all-time. Then the flawed Spider-Man 3 arrived, followed up the dark era where the two Amazing Spider-Man films arrived. These new features, created solely so Sony/Columbia could cling to the film rights to the character, got worse as they went along, and the cinematic shared universe (complete with Sinister Six, Venom and Aunt May spin-offs) it was supposed to spawn sounded like a nightmare waiting to happen.

Thankfully, the world was spared that universe once The Amazing Spider-Man 2 drew a mixed reception, and Sony/Columbia and Marvel decided to collaborate on future Spider-Man movies, bringing the character into the Marvel Cinematic Universe with Captain America: Civil War. Call me crazy, but I'm a bit more optimistic for a cinematic incarnation of Spider-Man handled creatively by the folks behind Captain America: The Winter Soldier than if those movies were fully handled by the individuals who thought Spider-Man should stalk his ex-girlfriend.

Once a deal between the two studios was struck, the spin-offs were quietly scuttled. All seemed well...until today, when The Hollywood Reporter broke the news that Sony/Columbia, without any input from Marvel Studios, has hired Dante Harper to pen a spin-off movie focusing on Venom, one of the most dull and personality-devoid characters in all of comic books (he's right up there with Matter Eating Lad and Spawn in that department). It's fairly obvious that this is happening because Sony/Columbia saw all the dough Deadpool has been making and wondered to themselves "Do we also have any white male anti-heroes we could turn into R-rated movies?" Couldn't y'all do a spin-off movie that could be both thematically interesting and one fans have been demanding, like, oh, I dunno, a Spider-Gwen movie?

Look, maybe Venom could theoretically make a worthwhile movie, I freely admit I was not fan of Deadpool prior to his surprisingly fun solo feature film. My source of intense aggravation over this project comes from two problems; first up, the hell is Avi Arad doing back in the saddle? The dude was a producer on the first five Spider-Man movies, but he had gotten a big time demotion once Marvel Studios came in.  This is the guy who forced Sam Raimi to incorporate Venom into Spider-Man 3, and once you combine that action with a number of his quotes in public interviews, I've come to the conclusion the guy is more harmful to good Spider-Man storytelling than anything else.

The other thing I gotta bring up is, honestly, why do this solo Venom franchise? Sony/Columbia, ya already got a new live-action series of Spider-Man movies plus an animated Spidey film in December 2018. Do you really need a third stand-alone Spider-Man franchise?? This just seems like beating a dead horse to me and repeating the theme of excess that has brought down both of their live-action Spider-Man franchises. If repeating the same cycle is the very definition of insanity, perhaps all of the executives at Sony/Columbia need to go get fitted for straightjackets.
Posted by Douglas Laman (NerdInTheBasement) at 4:34 PM