One aspect of the Spider-Man movies that surprises me is how, even though we've had five films centered around the web-crawler, there's so many parts of the characters mythology we have yet to see in cinematic form. Black Cat, Sinister Six, Kraven The Hunter, Vulture, Mysterio....so many creations from the comics have yet to see the light of a film projector. Part of the blame for these characters staying on the wayside can be attributed  how The Amazing Spider-Man retread an enormous amount of storytelling ground from the Sam Raimi Spider-Man films, meaning time that could have been spent setting up new characters like The Chameleon and Silver Sable was spent going over the whole Uncle Ben fiasco again.

With Spider-Man looking to return to solo film outings in 2017 courtesy of Marvel Studios and Sony, the time has come to bring in some of the entities that have been unseen in past Spidey movies, and one such entity that is almost certainly bound to appear in these new films is the Sinister Six, a group of supervillains that team up to take down Spider-Man. Sony previously attempted to make a solo movie revolving around this gaggle of foes, but that project got shuttered once Marvel Studios took on more control of Spider-Man in film form. However, there's almost no way this division of enemies doesn't make its way into the forthcoming Spider-Man movies, and because I spend way too much time thinking about these sort of things, I've compiled a dream cast list of actors who could play the member of the Sinister Six.

Just as a note, the Sinister Six line-up I'm using for this exercise is the original line-up (consisting od Doctor Octopus, Electro, Vulture, Mysterio, Kraven The Hunter and Sandman) seen in The Amazing Spider-Man Annual #1 in 1964, with one exception; I'm trading out Electro for the Green Goblin (who can be the one who rounds up all these foes, being the leader of the group), simply because the depiction of Electro in The Amazing Spider-Man 2 has become so infamous that it's doubtful a new Spider-Man film would try to utilize that character again so shortly after that 2014 features release. 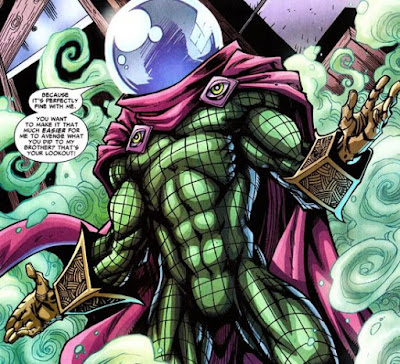 Mysterio- Edgar Ramirez
In terms of depth, Mysterio doesn't have an enormous amount meat on his bones, but there's certainly ways one could add more personality to his character and who better to bring that depth than Edgar Ramirez? The actor is about to blossom into a leading man with upcoming projects like Point Break, Hands of Stone and Gold and giving him the chance to play one of the most visually appealing (no, seriously, how cool is this guys outfit?) bad guys could be a great opportunity for both the actor and the film. 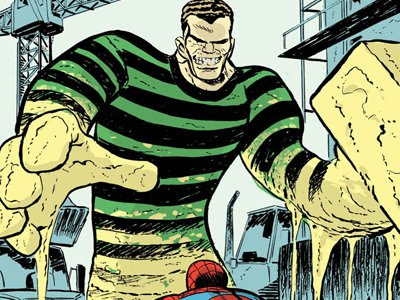 Sandman- Danny McBride
Danny McBride was actually, apparently, a name considered to play this character back when Sony was planning a Sinister Six solo movie, and honestly, it sounds pretty much perfect. Not only would the more free-wheeling, give-no-fucks personality that McBride has on lockdown provide a sharp contrast from Thomas Haden Churchs more tortured take on the character, but he could also be a distinct personality in the villainous group. They've gotta make sure to make the Sinister Six like fellow Marvel Cinematic Universe groups The Avengers and Guardians Of The Galaxy, where each member has a unique personality and motivation to carry throughout the story and there's certainly no way Danny McBride, at least, won't bring a unique flavor to the movie, that's for sure.

Kraven The Hunter- Keanu Reeves
After last years John Wick, Reeves has established himself as a bad-ass to reckon with, so why not extend to that personality to the realm of supervillainy? In his film form, these new Spider-Man films really do need to establish Kraven as a ruthless, relentless hunter, a man whose persistence for his prey makes Anton Chigurh look lazy by comparison. Even in dreck like 47 Ronin, Reeves can manage to summon an intimidating personality in sporadic doses, and if they can just get him a solid script when he's playing Kraven, Reeves could make for a truly noteworthy menacing adversary. 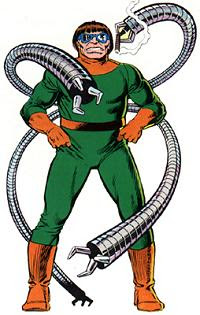 Doctor Octopus- Jack Black/Tyler Perry
This is the only villain on this list with two potential candidates, an anomaly for which I have no complex reasoning for, I just really relish the thought of either of these actors taking on those metallic tentacles. Black could bring the crazed ferocity out of the character, while, by the same token, Perry would bring a level of measured control to the Spider-Man opponent. Bringing either of these guys onboard would be an out-of-left-field choice on par with handing the lead role of a space opera over to Andy Dwyer, and just like how Chris Pratt knocked Star-Lord out of the ballpark, I have a hunch both Black and Perry would bring unique elements to the table that could make all the difference in the world. 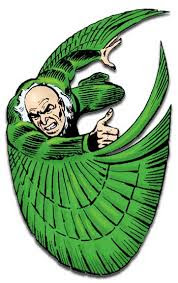 The Vulture- Cate Blanchett
Sam Raimi really wanted to get The Vulture into Spider-Man 3 originally, and then even cast John Malkovich in the role for his doomed Spider-Man 4 project. More likely than not, this fowl adversary will finally see the light of day in this new series of Spider-Man adventures, so how about getting an actor of tremendous caliber to play the character? Cate Blanchett, at 46, is actually quite a bit younger than the character has been depicted in the comics, but she could bring that menacing charm that she had in spades in past antagonistic roles in Blue Jasmine and Cinderella. 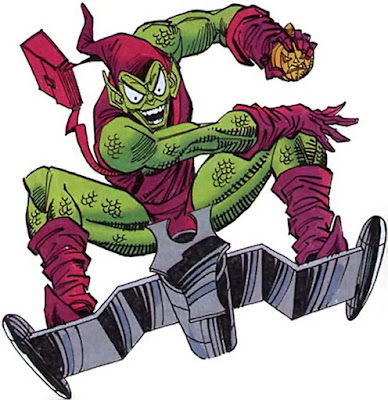 Norman Osborne/Green Goblin- George Clooney
OK, first off, I totally forgot Chris Cooper played Norman Osborne in The Amazing Spider-Man 2 until just a few days ago. I know that sounds like a peculiar observation, but I usually retain comic book movie information far far far far less notable than that, and yet, somehow, the fact that a great actor like Cooper played a small but pivotal role in the film totally slipped my mind until just recently.

Cooper was the second individual to play Norman Osborne (AKA The Green Goblin) in a live-action Spider-Man movie, following Willem Dafoes turn in Sam Raimis original trilogy. You really need someone who can develop an easygoing charm that makes it easy to see why Peter Parker would bond with him so that his transformation into a supervillain is made all the more shocking. Clooney can nail that kind of easygoing lovable demeanor like few other actors can, and given his strong connections to Sony/Columbia (who are a major player in this movie, lest we all forget), he may just be willing to tackle this iconic comic book character despite a past experience in the realm of comic book cinema not, ah, going so well. As long as he leaves his Bat-credit card at home. I truly feel Clooney would be an exceptional new version of The Green Goblin.
Posted by Douglas Laman (NerdInTheBasement) at 1:11 PM