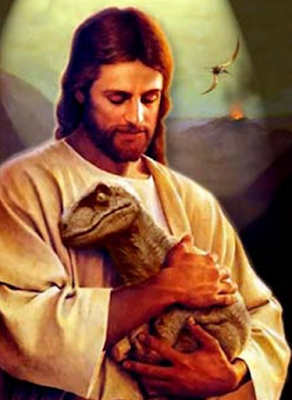 These late August/early September doldrums are typically some of the worst box office weekends of the year. With no major films like Furious 7, Avengers: Age of Ultron or Jurassic World in sight, this is usually where a number of the years weakest box office performers can be found. I'm sure if an appealing movie was released in this timeframe it would still do just fine, but few, if any, of the new wide release have generated any sort of buzz.

One title that has garnered a large share of attention was this three-day weekends number one movie, War Room, which had a tiny 19% dip in its second frame for a second weekend result of $9.2 million. The faith based feature has now grossed $25 million and is aiming for a total domestic haul of around $45 million, which would make it the 8th biggest Christian film of all-time. In second place was fellow holdover Straight Outta Compton, losing 36% this time around for a weekend tally of $8.5 million. The N.W.A. biopic has now grossed a strong $147.4 million and has now made more than five times its minuscule $28 million budget domestically. Not too shabby, to say the least.

In third place was A Walk In The Woods, the first wide release from newbie movie studio Broad Green Pictures and a solid win for the company as it surpassed low expectations to gross $8.2 million over the weekend. The feature has now taken in $19.2 million in its first five days of release, a nice win for the smaller scale feature. This one managed to open above expectations by providing a more light-hearted diversion to audiences in a sea of new releases that are more action-packed (The Transporter Refueled, Hitman: Agent 47, No Escape) or horror based (Sinister 2). Nothing wrong with action or horror inherently, but variety is the spice of life as they say and being a more comedic option in a marketplace currently lacking in such fare certainly helped the film out.

Coming at number four was the lackluster debut for The Transporter Refueled. which made a middling $7.1 million in its opening weekend. That's way behind the opening weekends of past Transporter films and even lags behind the opening weekends for other R-rated 2015 action films like Run All Night and Hitman: Agent 47. Not a shocker this one didn't work out; Jason Statham was a key component to the success of the past Transporter films, and the lack of a well-known or distinct lead in commercials (which typically made the film look like a direct-to-video effort) certainly hurt it.

Right behind the new Transporter was fellow action hero Ethan Hunt, who keeps on chugging at the box office. Losing only 12% from last weekend, Mission: Impossible- Rogue Nation accumulated another $7.7 million, taking its domestic cume to $180.4 million and it should surpass the unadjusted for inflation $180 million domestic gross of the first Mission: Impossible film by tomorrow. If it doesn't get completely creamed by the onslaught of new releases in the next few weeks, there's a solid chance that this new Mission: Impossible adventure could surpass $200 million domestically.

The biggest surprise of the weekend came in at eighth place, with the film Un Gallo Con Muchos Huevos surpassing all expectations to gross an impressive $3.4 million in its opening weekend in only 395 locations. This animated feature originated in Mexico and is distributed by Pantelion (whose movie Instructions Not Included also flew past all projections over Labor Day weekend two years ago), while Lionsgate and Blockbuster are also involved in this production. It'll be interesting if more foreign animation will get a larger presence in America now that this film has taken off, though at the very least these incredible results guarantee that this is far from the last animated effort from Pantelion.

In ninth place as Sinister 2, losing only 27% for a $3.3 million third weekend and bringing the horror sequels total domestic cume to $23.7 million. Rounding out the top ten was Inside Out, PIXAR's summer 2015 smash hit that returned to 2967 theaters this weekend, resulting in a $3.1 million gross for the frame. Pete Doctors latest motion picture has now made $348.2 million and there's a good chance it'll surpass the final domestic gross of Furious 7 by next weekend to become the third biggest movie of 2015.

Just outside of the top ten were two summer 2015 heavyweights experiencing tiny dips thanks to the Labor Day holiday weekend. Ant-Man grossed $2.8 million in eleventh place, only losing 6% from last weekend and bringing its domestic haul to $173 million. It's now about $3 million away from topping the domestic gross of Captain America: The First Avenger and $8 million away from outgrossing the first Thor movies domestic haul. Minions, meanwhile, came in a twelfth place with a $2.7 million haul. This Despicable Me spin-off has now grossed $328.5 million domestically, making it the eighth biggest animated feature of all-time domestically.

The entire Top 12 this weekend grossed $65.3 million, which is a 17% improvement over the same frame last year when Guardians of The Galaxy ruled the domestic box office for the last time. This is the first time in ages we improved over the same weekend in 2014, though no need to fret. 2015 has otherwise been an extraordinarily profitable year and the rest of this falls offerings (namely, The Maze Runner: The Scorch Trials, Hotel Transylvania 2 and The Martian) look primed for box office glory.
Posted by Douglas Laman (NerdInTheBasement) at 5:04 PM