DreamWorks SKG To Leave Disney And Finally Reunite With Universal? 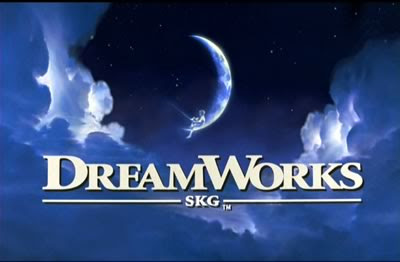 One of my all-time favorite books centering around Hollywood is The Men Who Would Be King by Nicole LaPorte, a fascinating look at the highs and lows of DreamWorks SKG, a movie studio created by David Geffen, Jeffrey Katzenberg and Steven Spielberg in 1994. The saga of that studio looks to be continuing today, as The Hollywood Reporter notes that DreamWorks is likely looking to bail on their current distribution deal with Disney and go over to Universal.


A brief history lesson; DreamWorks started distributing movies through Disneys Touchstone Pictures brand in 2011, releasing five movies that year. While one of those (The Help) became a runaway box office hit, and two (War Horse and Real Steel) did decent business, the company suffered from duds like Fright Night and I Am Number Four and especially Cowboys & Aliens (which was released by Universal). The massive failure of that western tentpole left the company capsized, and for the last few years they've been reduced to releasing only two films a year.

While I'm sure Disney likes being in business with Steven Spielberg (who has delivered two Best Picture nominees, War Horse and Lincoln, during his time with Disney), the studio has delivered so few movies over the last four years that their presence in the grand scheme of the entire Walt Disney Pictures studio is minimal at best. Plus, Spielberg just produced a major home run for Universal called Jurassic World, whose $1.6 billion worldwide gross likely reminded the studio how much cash properties that Spielberg is involved in can bring in at the box office.

As The Hollywood Reporter points out, new cash from Participant Media means DreamWorks can return to doing more movies a year in 2016 (which is also when their distribution deal with Disney expires, specifically in March 2016) and rejuvenated DreamWorks SKG producing Spielberg backed features of all shapes and sizes may just sound like music to the ears of those at Universal. We shall see if this comes to pass, though none of these events occurring would surprise me in the least. Plus, there's a chance this could provide the perfect material for Nicole LaPorte to make a follow-up to The Men Who Would Be King, which would be just dandy in my book!

One last thing to take note of; that Hollywood Reporter piece on this news notes how Spielberg is key on reboots of Jaws and Back To The Future, two projects that I had no idea even existed until today. I'm not sure what exactly you could do with a new Jaws project, but I actually think a Back To The Future reboot has some interesting potential. I mean, at least it won't be worse than Back To The Future: Part II, right?
Posted by Douglas Laman (NerdInTheBasement) at 10:32 AM

Email ThisBlogThis!Share to TwitterShare to FacebookShare to Pinterest
Labels: Disney, DreamWorks Pictures, Editorial, The Men Who Would Be King, Universal