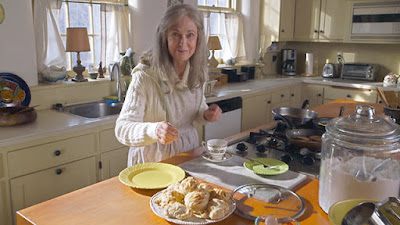 After weeks of listless box office, finally some much needed life got injected into the proceedings this weekend, as two new titles overperformed and became the sort of sleeper hits the box office has been lacking lately.

Top of the box office was The Perfect Guy, which grossed $26.1 million this weekend, an 8% increase over the opening weekend of the Screen Gems (the studio in charge of The Perfect Guy) thriller No Good Deed released over this same weekend last year. It's an impressive debut given that owes its success to a strong marketing effort that concentrated on a simple but effective concept (What if you ex was a psychopath?).

The Perfect Guy wasn't the only chilling movie to top the box office this frame, as The Visit became another Blumhouse success story, debuting to $25.7 million. That makes it only the eighth horror movie to open above $20 million since 2013 (for the record, the other seven horror films in question are Texas Chainsaw 3D, The Purge, The Conjuring, The Purge: Anarchy, Annabelle, Poltergeist and Insidious: Chapter 3) and puts it only 5% below the opening weekend of M. Night Shyamalans previous feature, After Earth, which cost 26 times as much as The Visit.

Like numerous successful horror films of the past (namely, Paranormal Activity and A Nightmare On Elm Street), The Visits plot took something conventionally found to be serene (in this case, childhood visits to ones grandparents) and imbued it with scares, upending the status quo and capturing potential moviegoers attention in its marketing campaign. Toss in a PG-13 rating allowing teenagers to see it and solid reviews and The Visit always looked prime for a solid debut, though few could have guessed it would do this well. Plus, the film garnered not only a B+ Cinemascore (which is incredible given that few horror movies ever get grades above the C range), but also managed to be far less frontloaded than typical horror films, so this one might just stick around in the weeks to come.

War Room will likely make significantly less in the actual box office results compared to its current estimated gross, as Sony is counting on the movie dipping 22% on Sunday. Even with Churchgoers going to the movie on Sunday, it'll almost certainly lose more than that on Sunday. That being said, the film had an impressive hold this weekend, losing only 21% from last weekend for a $7.6 haul that takes its domestic gross to a great $39.4 million.

Last weekends newcomer A Walk In The Woods had an OK 42% dip for a $4.6 million second weekend and has now amassed $19.8 million. Rounding out the top five was Mission: Impossible-
Rogue Nation, which continued to chug along at the box office by adding another $4.2 million to its impressive $188.2 million total. In sixth place this weekend was Straight Outta Compton, which boosted its domestic haul to $155.5 million by adding $3.9 million to that total this frame. And in eighth place was The Transporter Refueled, which collapsed a whopping 64% this go-around for a $2.7 million gross this weekend. That amounts to a pitiful per theater average around $800 (its currently playing in over 3,400 theaters) and its anemic $13.7 million total domestic gross to date ensures that this version of the Transporter will likely not return in further cinematic adventures.

The last of this weeks new release was a new Christian movie starring Hayden "I don't like sand" Christensen entitled 90 Minutes In Heaven. This feature came in at ninth place with a $2.1 million gross, which is an average sum even given its smaller scale release in only 878 theaters, which is actually the sixth widest opening weekend theater count in the history of small movie studio Samuel Goldwyn Pictures. This is far from a God's Not Dead/ War Room level success, but it's an OK, though slightly underwhelming, gross in the grand scheme of faith-based cinema.

The top 12 this weekend grossed $84 million this weekend, which is up 9% from the same weekend last year. That makes its the eighteenth highest grossing September weekend of all-time.

Learning To Drive, Mad Max: Fury Road and Grandma all expanded into more theaters this weekend, while horror film Goodnight Mommy debuted in 5 locations. No officials numbers are in for those releases yet, but I will update this piece early in the afternoon once those figures come in.
Posted by Douglas Laman (NerdInTheBasement) at 10:02 AM