Eddie Redmayne Discovers Herself In First Trailer For The Danish Girl 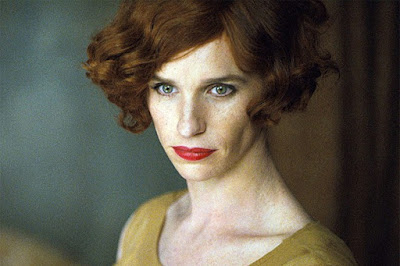 The Theory of Everything was the sort of conventional "Oscar-bait" claptrap that always pops up at movie theaters once the weather turns colder, but I'll say this; Eddie Redmayne was damn good in it. This guy has serious talent and it came through in his performance. That talent looks to be taking him to new places cinematically, as he'll be taking on projects like headlining the Fantastic Beats And Where To Find Them trilogy in the future, but this year does bring a new Redmayne project, The Danish Girl, which has just debuted a trailer that you can watch below.

Something about the lighting in the opening moments of this trailer recalled The Theory of Everything for me, which this movie does share a star and movie studio (by the by, is this the first time the Focus Features logo has had that "A Comcast Company" line?) with. As the trailer progresses, I was happy to see that Redmayne does look good in it, the guy just has a way of making inner turmoil shine through in a realistic manner. However, I do have to wonder why they couldn't get an actual transgender actor for the role; it's the uncomfortable elephant in the room that can't be avoided, especially since recent entertainment entities like Transparent and Tangerine have been able to utilize actors in the transgender community.

That being said, I do like the story here, especially the idea of Einar discovering his true self. Hopefully that's a story point the motion picture examines in great detail, and hey, it also wouldn't be a bad idea to give Alicia Vikander something of note to do. With a Thanksgiving release and director Tom Hooper having a lot of Oscar success in the past, I suspect this will gobble up Academy Awards attention like I chow down on burgers from Whataburger. Whether it'll be a good movie or not is obviously still up in the air, and I do hope it is a high quality feature considering how much I'm rooting for Eddie Redmaynes talent to be utilized in higher caliber films.
Posted by Douglas Laman (NerdInTheBasement) at 8:45 AM