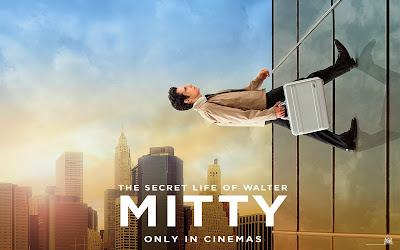 20th Century Fox released The Secret Life Of Walter Mitty on Christmas Day 2013, hoping to receive awards buzz and the sort of enormous box office to the studios previous Ben Stiller Christmas Day family movie, Night At The Museum. Mixed reviews turned off any potential awards potential, while a little film called Frozen monopolized the family movie-going audience until February 2014. Since then, it's been pretty much forgotten, which is a pity in my book considering how much I enjoyed The Secret Life Of Walter Mitty.


As a director, Ben Stiller has a superb track record, from the absurdism fueled Zoolander to the endlessly funny Topic Thunder, and perhaps the most tragic element of Walter Mitty bombing at the box office is how much promise it shows in Stiller as a director. Working on a much larger scale than his past movies, Stiller depicts the luscious visuals of the numerous locales Mitty travels to in an impressive manner that, thankfully, doesn't overwhelm or distract from the story itself. Similarly, the titular characters penchant for flights of fantasy (he has a tendency to imagine himself in heightened scenarios that reflect his own personal anxieties) allow for a variety of tones to enter the proceedings, whether it's an action sequence between Adam Scott and Stiller or a Benjamin Button send-up.

Loads of criticism has been lobbed at the film since its release, some of which I actually totally agree with (the produce placement, namely an extended character beat involving Papa John's does feel gratuitous), but the countless charms found in The Secret Life Of Walter Mitty far outweigh the minimal negatives in my book. I personally found it to be an enthralling journey, and hey, if you haven't seen it yet, here's your chance! It's airing on HBO today at 10:30 AM Central time! Funny how that works out!
Posted by Douglas Laman (NerdInTheBasement) at 8:27 AM

Email ThisBlogThis!Share to TwitterShare to FacebookShare to Pinterest
Labels: Adam Scott, Ben Stiller, Film On The Television, The Secret Life of Walter Mitty