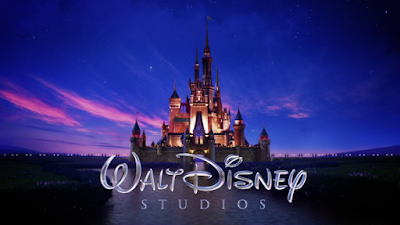 Well, the Disney+ panel at D23 certainly got the job done in terms of generating excitement for Disney's new streaming platform. Showing off an impressive trailer for The Mandalorian as well as announcing new Marvel Studios (Kamala Khan!!!) and Lizzie McGuire TV shows got a lot of positive publicity for Disney+. Next up in terms of high-profile D23 panels is the one for Walt Disney Studios, which will show off upcoming films from Disney's big theatrical studios that provide family-friendly content (so no 20th Century Fox or Fox Searchlight), Walt Disney Studios, PIXAR, Walt Disney Animation Studios, Marvel Studios and Lucasfilm.


What can we expect to see here? Well, Disney's got a lighter 2020 slate next year with only eight currently scheduled releases across those five aforementioned studios, so there may not be a massive abundance of announcements. Disney's slate has been announced all the way up until July 30, 2021 so it's doubtful we'll have a bunch of surprise movie announcements too (maybe The Little Mermaid gets penciled in for that July 2021 date?), it feels like Disney's slate is pretty much set in stone for the next two years. But that doesn't mean there isn't plenty for Disney to show off during the panel to generate online excitement.

Actually, the ones I suspect will get the biggest presence and draw the most social media buzz will be announcements centered on the studios currently mysterious upcoming animated titles. Since they're done in closed-off buildings instead of big sets in the real world, Disney's assortment of animated films can be kept in total secrecy until Disney wants people to know about them. It's how PIXAR was able to keep the title of its June 2020 release Soul totally under wraps until exactly a year prior to its release. We'll probably get more details on that June 2020 PIXAR movie as well as further looks at Onward, Frozen II and the first details on what Disney Animation is cooking up for their currently untitled Thanksgiving 2020 feature.

I'd also wager Dwayne Johnson and Emily Blunt come out to kick off the marketing for next summer's Jungle Cruise movie while maybe Steven Spielberg takes some time off from filming West Side Story to come talk about that new Indiana Jones movie we're supposed to get in less than two years. Oh, and the newest Star Wars movie will probably drop off some new footage and, like its predecessors, another wistful behind-the-scenes reel full of slow-motion and people talking reverently about the franchise that'll go viral on the internet. Disney's 2020 slate may be on the lighter side of things, but there's clearly plenty to see during this two-hour panel that kicks off at 12:00 PM central standard time. Come back then and follow along with my live-blog of the proceedings!

Star Wars: The Rise of Skywalker
The first movie at the panel was a movie called Star Wars: The Rise of Skywalker, which showed off footage that apparently featured Rey utilizing a double-sided lightsaber like she's Darth Maul. Not a ton of new Star Wars stuff to talk about here, which isn't a surprise given how tight-lipped Lucasfilm is being about plot details in regards to The Rise of Skywalker and that the next Star Wars movie after that one is three years away.
Marvel Studios Revelations
You want more Marvel Studios? You get more Marvel Studios. Ryan Coogler kicked off the Marvel Studios portion of the panel to announce that Black Panther 2 would arrive on May 6, 2022. Can't wait for another trip to Wakanda! Next up was Eternals, which revealed all sorts of new official casting confirmations. Gemma Chan is officially playing lead character Sersi, Kit Harrington is the superhero Black Knight and menacing spaghetti eater Barry Kheogan is the villain of the movie, Druid. Kheogan has been consistently excellent in everything from Chernobyl to The Killing of a Sacred Deer to Dunkirk, so I'm elated he's got such a major role to play in this Chloe Zhao directorial effort.  Eternals was followed up by fellow 2020 Marvel Studios title Black Widow, which showed off some footage to close out the Marvel Studios portion of the panel.

Walt Disney Studios
Dwayne Johnson made a grand entrance to kick off this portion of the panel dedicated to films made by Walt Disney Studios by talking about his new movie Jungle Cruise. No news yet if Weird Al's Skipper Dan will rightfully make an appearance here. Next up from the Walt Disney Studios was Maleficent: Mistress of Evil. Angelina Jole, Elle Fanning, Michelle Pfieffer and Chiwetel Ejiofor all showed up on-stage to promote the next film to be released by Disney. Disney, where is the new Artemis Fowl footage?!? Give the people what they want!

More live-action Disney remakes followed as new footage from Mulan was shown while the first-ever glimpse of Emma Stone as Cruella debuted. Still no clue how they're gonna make a puppy murderer a sympathetic protagonist.  That seems to have wrapped up the Walt Disney Studios portion of the event. Oh my God, did Artemis Fowl totally get dismissed? All the Fowl heads in the audience will be rioting in angry! 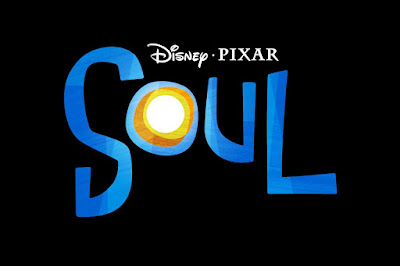 A New Decade of PIXAR
There was a time when PIXAR Animation Studios only did original animated films back in the 2000s. Then the 2010s arrived and so did a barrage of PIXAR sequels. We've only had one original PIXAR movie (Coco) in the last four years since the November 2015 movie The Good Dinosaur, but today, PIXAR showed off new looks at their upcoming slate that'll kick off the next decade with exclusively original cinema. Starting with PIXAR's Soul, the most exciting of the project discussed at D23 today. From director Peter Doctor, the director of Up and Inside Out, the project will star Jamie Foxx and Tina Fey, the former playing the lead character of Joe, "..a frustrated, jazz-loving teacher". The supporting cast includes Questlove, Phylicia Rashad and Daveed Diggs while original songs will be written by Jon Batiste and the score will be done by Trent Reznor and Atticus Rose. Holy goodness, that is a lot of talent for what sounds like a promising project that will tackle some pretty heavy questions regarding what a person's purpose is. Next was the first PIXAR movie of 2020, Onward, which brought out its two leading men, Tom Holland and Chris Pratt, and showed off eight minutes of footage. Tom Holland also came out to uproarious applause and thanked everyone in the audience because he is too pure for this world.

Walt Disney Animation Studios Brings The Chill
Finally, it's time for Walt Disney Animation Studios, who kicked things off by announcing a brand new animated feature, Raya and the Last Dragon, which will deal with South East Asia culture, star Cassie Steele and Awkwafina and will debut Thanksgiving 2020. The panel then closed out with a presentation about Frozen II that revealed Evan Rachel Wood would be voicing Anna and Elsa's Mom.
Posted by Douglas Laman (NerdInTheBasement) at 10:42 AM