The Oscars Are Considering Going Through Some Major Changes, Including Expanding The Amount Of Nominees In The Acting Categories 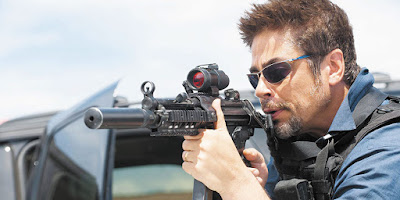 This morning, I pulled up Variety.com and saw an interesting headline; Academy Mulls Changes To Halt Oscar Diversity Crisis. In case you've been living under a rock for the past week, the nominations for this years Academy Awards (announced a week ago today) were met with justified controversy due to there being no actors of color nominated in any of the four acting categories. Out of the 20 combined potential nominees for Best Actor/Actress/Supporting Actor/Supporting Actress, zero of them have been people of color for two straight years.

Something is rotten in the state of Denmark. Or in this case, Hollywood.

Not exactly a big shocker that the Academy is mulling some changes, and Variety has a really interesting examination of what those changes may be. Some insiders think we may return to an age of 10 Best Picture nominees, which would be great since (A) it's been kind of weird just fluctuating between 8 and 9 nominees for the past few years, and (B) the more potential nominees there, the better chance there is for a smaller scale feature to get a Best Picture nomination that could massively boost its profile.

Another idea the article mentions? Well, apparently, there are individuals in the Academy that want the acting categories to follow suit from Best Picture and expand the amount of potential nominees in each category. Again, none of this is official or even close to being put into action for future award ceremonies, but it's very likely these concepts will get brought up at a meeting that the Academy is holding that the piece mentions will transpire this coming Tuesday, January 26th. Will the idea of expanding the acting categories occur and gain traction among the various members of this institution?

I dunno, but this is also something I strongly support, for the same reason I'm keen to the idea of more Best Picture nominees; this offers a chance for little seen movies/performances to be put on the radar of pop culture in a big way. With the expanded Best Picture category alone, tinier films like Whiplash, Her and Selma managed to get in there and snag more than deserved Best Picture nominees. Imagine what the acting nominations could have been like if there were ten nominees for all four categories; Michael B. Jordan for Best Actor! Perhaps Mya Taylor for Best Supporting Actress? Benicio Del Toro for Best Supporting Actor? So many great performances would have the chance to be recognized and it might bring back some luster to an awards ceremony in dire need of some renovation.

Look, it's fairly obvious there's something wrong with the Oscars, the racial and gender biases of the ceremony have been apparent for many years prior to 2016. But the advent of the internet allowing for a more coordinated outcry from everyday individuals as well as celebrity protests from the likes of Will Smith, Jada Pinkett-Smith and Spike Lee show that the egregious oversight of failing to recognize individuals of color in numerous prominent categories has struck a chord with so many across the world. Hopefully in that meeting in five days some new solutions can be devised to fix things, because holy hell, if anything's overdue for some improvement, particularly in the area of racial and gender representation (let's not forget, only four women, Lina Wertmuller, Jane Campion Sofia Coppola and Kathryn Bigelow, have ever been nominated for Best Director), it's the Academy Awards.
Posted by Douglas Laman (NerdInTheBasement) at 9:23 AM