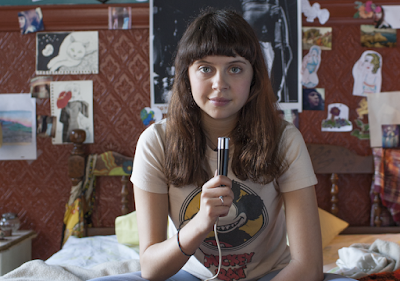 OK, I've finally managed to see as many movies as possible from 2015, let's try to knock this article out before we enter the second month of 2016, shall we?

You should know upfront I usually feel uncomfortable ranking movies, so I've mostly stuck with an alphabetical order for my 25 favorite movies of this year. I say mostly because I have decided on one particular feature to be dubbed my favorite movie of 2015, but that shall come in part two of this article. For now, here's the first part of my Top 25 Films of 2015 series, covering the films I adored with titles ranging from the number 9 to the letter H. My individual full reviews of all the movies on this list can be found in the hyperlinks of the movie titles.

99 Homes
Andrew Garfield returns form his stint in those dreadful Amazing Spider-Man movies to remind everyone that The Social Network was far from a fluke with is fantastic turn in this drama that examines the fragility of the life of an average American, whose entire existence can be upended by one individual telling you to leave your home. Oh, and let's not forget about Michael Shannon, whose distant attitude towards those he evicts makes for a most terrifying presence.

Amy
In the last few years of her life, Amy Winehouse was reduced to being just a punchline for late night hosts, but Amy reminds us all of the human being underneath all of the drug laced pain and turmoil. Her tragic demise looms over the entire feature, as we see her up's and downs and her inability to transition into the life of fame. It's difficult to watch, but it's a somber and impeccably crafted documentary that does wonders with painting a portrait of who Amy Winehouse really was. 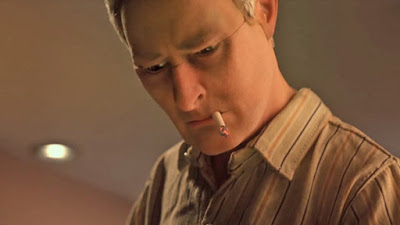 Anomalisa
We need more high profile animated films skewed at adults, as well as more features from Charlie Kaufman. Luckily, we got both of those concepts in the form of Anomalisa (which was also directed by Duke Johnson). A bleak examination of one man's loneliness puts to good use the artform of animation, superb voicing acting from the likes of David Thewlis and Jennifer Jason Leigh and a beautiful rendition of Girls Just Wanna Have Fun.

Ant-Man
Here's a movie that shouldn't work, on any level. A troubled decade long production that concluded with iconic director Edgar Wright departing the project. This should be a mish-mash disaster lacking a cohesive vision...but good luck remembering that or any of its production woes whilst watching this super fun and imaginative motion picture. Let me put it this way; if your movie has separate scenes depicting Paul Rudd flying around on an ant and emotionally touching scenes about Rudd also wanting to reconnect with his daughter, and they actually cohesively fit into the same movie, something has gone so so right.

Avengers: Age of Ultron
This was another winner for director Joss Whedon, showing more visual bravado behind the camera in his second Marvel Cinematic Universe outing and penning a script that looks to simultaneously undermine and validate the existence of all of its heroes. It's also really neat that the film can indulge in the sort of plot scenarios and visuals that comic book geeks dream about (the Hulkbuster and Hulk are fighting! How cool!), but also remembering that you need substance to ground all of that mayhem in. What good is the aforementioned Hulkbuster/Hulk showdown if I don't care about the characters involved in the duel? Luckily, there's tons of interesting character related content (the Hulk/Black Widow romance alone provides tons of layered thematic fodder) to be found, demonstrating how Whedon has a deft touch with combining the fantastical entities in the universe and the all too human characters that encounter such phenomena.

The Big Short
This marked the first foray into more dramatic storytelling for director Adam McKay, but considering how top-notch the film is, you'd be forgiven for thinking the dude was an old pro at crafting compelling dramas. Taking a farcical approach to the lead-up economic down turn of 2008 proves to be an ingenious tonal move allowing for extremely amusing cutaway explanations for various pieces of Wall Street jargon and for the viewer to grasp the truly gargantuan chaos behind what tore our economy apart. But the best part comes in its final scenes, as the true gravity and consequences of this financial crisis begin to occur, and The Big Short is able to demonstrate that, beneath its wry attitude, it's all too keenly aware of the horrors that transpired for many everyday Americans when the economy went belly up. 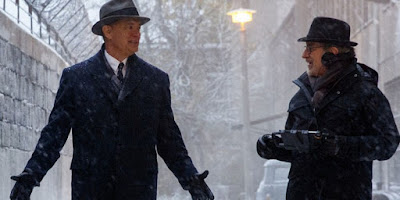 Bridge Of Spies
To quote masterful musician Staind..."it's been awhile" since Tom Hanks and Steven Spielberg collaborated, but thank God they came back together for this particular project. Armed with a script by The Coen Brothers, here is a movie that does wonders with creating engaging human personalities from figures that could have come off as well-worn stereotypes in the hands of a lesser motion picture. That's not the kind of cinematic territory we're in though, this is the domain of cinema where the tiniest of details (particularly, the pacing and timing of every shot in the climactic bridge-set trade off) add up to an insanely engrossing whole.

Creed
I love Creed. Here's a reminder that crowd-pleasing entertainment can also work as super stimulating cinema, both from the perspective of how well-made it is (Ryan Coogler shows real visual chops directing the boxing sequences, which are intense as hell without resorting to tricks like shaky-cam) and how engaging it is. By now, it's common knowledge that Sylvester Stallone knocks it out of the park as Rocky Balboa, the characters mortality coming to the forefront to fantastic results. But y'know who doesn't get enough credit for this movie, in my opinion? Creed himself, Michael B. Jordan. He's playing such a tortured character, trapped between his fathers legacy, mistakes and everything in between. It's incredible to watch Jordan deftly play off his characters arc of learning to embrace himself as the film goes on, and it's a primary part of how Creed establishes itself so well as a phenomenal motion picture.

The Diary Of A Teenage Girl
Life is never a saga with concrete beginnings, middles and ends, and The Diary Of A Teenage Girl knows that all too well. Bel Powley plays the titular teenage girl, Minnie, whose experiences with losing her virginity, as well has discovering drugs and an affinity for artistry, are the framework for an incredible tale that runs the gamut from humorous to shocking to insightful and every emotion in between. Powley is an incredible find in her first major feature film role, readily able to stir up an easily believable sense of sagacious (what teenager doesn't, after all, think they know every secret to the universe?) in one scene and then becoming vulnerable in the next without it ever feeling out of place. It's a marvelous turn that's a key component of why The Diary Of A Teenage Girl feels so real and so beautifully realized as a story.

This is a movie that swept me away with its contemplative nature and really does deserve more kudos than its gotten. Hopefully whenever Bel Powley becomes an A-list star in the near future (and that will happen, trust me), this one will garner more attention. For now, The Diary Of A Teenage Girl can hold its head knowing its one of the most thoughtful and unique motion pictures of this year.

The End Of The Tour
Some movies creep up on you afterward, and The End Of The Tour is one that's only grown in my mind after seeing it in the waning weeks of last summer. Jesse Eisenberg is great as reporter David Lipsky, whose set to interview none other than David Foster Wallace, played by a revelatory Jason Segel. Their conversations give one a lot to chew on mentally thanks to some super sharp writing courtesy of screenwriter Donald Margulies They say "never meet your heroes", and while, yes, Wallace is quite different from what Lipsky expected, meeting this Wallace sheds more light on his life and spurs the engaging story at the center of The End Of The Tour. 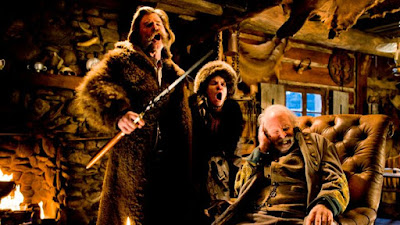 The Hateful Eight
Placing his newest film in a more stripped down environment compared to his most recent efforts turns out to be a most smart move for Quentin Tarantino, whose newest feature film explores racial tensions and exploding heads with equal levels of zeal. This may have been a divisive film for many, but for me, the combination of beautiful 70mm imagery, excellent dialogue and remarkable performances from Samuel L. Jackson, Walton Goggins and especially Jennifer Jason Leigh is a potent combo that works like spades.

Next time; the remaining 14 films, including my favorite feature film of 2015!
Posted by Douglas Laman (NerdInTheBasement) at 6:33 PM

Email ThisBlogThis!Share to TwitterShare to FacebookShare to Pinterest
Labels: 25 Best Films Of 2015, 99 Homes, Amy, Anomalisa, Ant-Man, Best of 2015, Bridge of Spies, Creed, The Avengers: Age of Ultron, The Big Short, The Diary Of A Teenage Girl, The End Of The Tour, The Hateful Eight