How'd The Six Major Movie Studios Do At The Box Office In 2015? 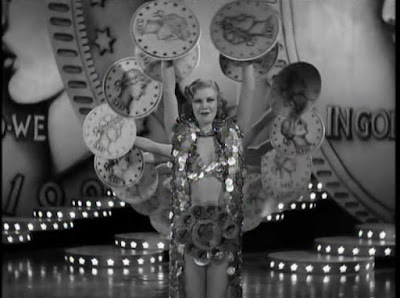 Now that 2015 is but a gleam in the eye of our memories, let's take a look back at how the six major movie studios fared at the box office this past year. Be forewarned....plenty of highs and lows are just around the corner! 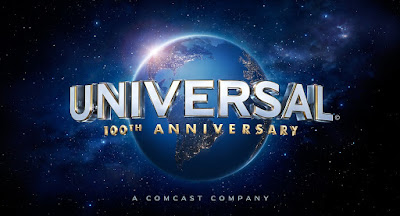 Universal
Total Gross: $2,444,868,557
I mean, look, cream of the crop this year was, no question, Universal. This studio had a killer line-up, one that rested on massive tentpoles (Jurassic World, Minions, Furious 7) and smaller scale original projects (Trainwreck, Straight Outta Compton, Sisters) that lit up the box office. Hell, the studio even continued the companies storied history with horror films by releasing two notable sleeper hit horror movies, The Visit and Krampus. And let's not forget about the aca-might of Pitch Perfect 2, which soared above summer blockbusters like Ant-Man and Mad Max: Fury Road to nearly triple its predecessors domestic haul. Plus, cheaply budgeted films like The Boy Next Door and Unfriended from Blumhouse Productions also generated large sums of cash.

Even the box office duds were cheap enough that the studio didn't lose much money on them. Steve Jobs tanked at the box office, but it's $30 million budget meant losses were limited and got rave notices, including a super positive review from yours truly. The only real blemishes on the studio this year came from Ted 2 severely underperforming, coming in a whopping 63% behind the first movie domestically (though it did at least triple its budget when accounting for worldwide box office), as well as their forays into limited releases, Legend and By The Sea, neither of which cracked $2 million domestically. Hell, only 14 movies in the entire history of Universal have performed worse than By The Sea, which concluded its meager domestic run with only $538,460.

One last issue to note; this was the first full year Universal released movies from Legendary Pictures. And oooo boy, thank God Krampus ended the year on an upbeat note, cause the rest of the movies from Legendary in 2015 just didn't go well at all. The $70 million Blackhat topped out at $8 million domestically, the long delayed Seventh Son finished at $17.2 million and the Guillermo Del Toro film Crimson Peak only made $31 million. Still, the massive combined $3.18 billion worldwide grosses of Jurassic World and Furious 7 will easily offset these minor bumps in the road, in what's been the biggest year ever for not only Universal but any movie studio in history. 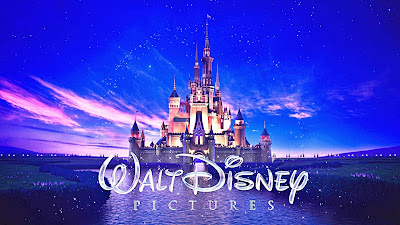 Disney
Total  Gross: $2,280,175,181
Coming in second place in 2015 in terms of domestic revenue was nothing for Disney to be ashamed of considering the huge amount of smash hits they had this year. Their biggest title was, of course, Star Wars: The Force Awakens, which has scrounged up some cash through a current total of $652 million that accounted for over 30% of their 2015 revenue despite only existing for 14 of the 365 days in 2015. Not too shabby itself was the second biggest 2015 film for Disney. Avengers: Age of Ultron, which made less than its predecessor domestically and worldwide, but still amassed a mighty $1.4 billion and become one of the ten biggest films of all-time domestically. Right behind it was Inside Out, which became one of the biggest films from PIXAR ever, grossing $356.4 million, outpacing even the Minions domestically. Oh, and did I mention that both Cinderella and Ant-Man got past $500 million worldwide? Plus, the smaller scale McFarland, USA made a solid $44.8 million, becoming one of Kevin Costner's higher grossing starring vehicles in recent years.

Even Disney wasn't without their box office misses though. Their first film of the year, Strange Magic, had one of the worst opening weekends for a movie opening in over 3,000 theaters and only grossed a pitiful $12.4 million domestically. Far more alarming was Tomorrowland, which, despite an extensive marketing campaign from Disney and a prime Memorial Day release date, barely got over $200 million worldwide, a problem when your movie costs $190 million to make. And then PIXAR did the impossible over Thanksgiving, releasing their first box office dud, The Good Dinosaur, That film looks like it'll struggle to get past $120 million domestically, and unless international numbers are gargantuan, this one looks to be the first feature from PIXAR to actually lose money.

Warner Bros.
Total Gross: $1,603,133,649
They may have come in third this year, but Warner Bros. had a rough year that can be attributed to a number of major box office duds. But first, let's start out with the good, namely the two May 2015 summer blockbusters that exceeded expectations. Mad Max: Fury Road rode great reviews and top-notch buzz to a strong $153 million gross, a very impressive number for an R-rated film in a franchise that's been dormant for 30 years. Even more surprising was their eventual number one movie of 2015, San Andrea,s an original film that solidified Dwayne Johnson as a movie star by grossing $155 million domestically. And Creed launched the Rocky franchise back into the pop culture limelight, and looks to end its domestic run in between $100-115 million, a great number for a film with only a $35 million budget. Plus, Get Hard did decent business with a $90 million haul and The Intern became the sleeper hit of the Fall of 2015 with a strong $75.3 million gross.

Unfortunately, Warner Bros. had a number of noteworthy box office misses in 2015, with even tiny films like the $28 million budget Our Brand Is Crisis (which ended its domestic box office run with only $7 million) losing cash. Warner Bros. had at least four movies with $100+ million budgets in 2015 (Jupiter Ascending, Pan, In The Heart Of The Sea and Point Break) that'll fail to recoup their costs, with some like Pan (which won't even clear $130 million worldwide) performing particularly dismally.

Now, every studio has its off year, this isn't a sign that Warner Bros. is doomed for all of eternity. Just five years ago, Universal had tons of costly underperformers like Robin Hood, The Wolfman, Repo Men and Green Zone, and look where they are now. Next year, with multiple DC Comics films as well as new movies from the Harry Potter franchise and Warner Animation Group, will be a better litmus test for how Warner Bros. will perform in the future since the company is relying on those three entities greatly for the foreseeable future. Even with all that being said, yeah, this was a weak year for the studio, and, excluding 2014, their worst performing year at the domestic box office since 2008. That's what happens though when your major movies for a year include a pointless reboot of Peter Pan and a movie where Chris Hemsworth befriends a murderous whale.

20th Century Fox
Total Gross: $1,302,947,648
For 20th Century Fox, 2015 basically boiled down to the gargantuan surprise success of The Martian, which grossed $225.3 million last year, becoming the biggest movie in the entire career of director Ridley Scott as well as becoming only the 19th film in the history of 20th Century Fox to cross $200 million domestically. The immense success of that title wasn't the only hit experienced by the studio in 2015; DreamWorks Animation finally hit another home run with Home ($177.3 million), Kingsman: The Secret Service became a major sleeper hit with a sizable $128.2 million haul, while The Peanuts Movie revived Charlie Brown and the gang to a solid $128.2 million gross.

However, there were some major lows for the company as well. Aside from the success of Spy (which made $110.8 million), 20th Century Fox had an anemic summer, with titles like Poltergeist and Paper Towns underperforming and their new attempt at launching the Fantastic Four crashing and burning to the tune of only $56 million. New entries in franchises like Alvin And The Chipmunks, Taken, Hitman and Maze Runner also fell considerably short of their predecessors. And of course, there's the massive dud that was Victor Frankenstein, which made only $5.7 million during its pathetic 5 week run.

Sony/Columbia
Total Gross: $966,283,389
The last two years have not been kind to Sony/Columbia, and unfortunately. 2015 did not turn the tide for the studio, with this becoming the first time in a decade that yearly domestic revenue for the company was below $1 billion. Only two movies got past $100 million this year, Spectre and Hotel Transylvania 2. To be fair, Spectre is faring decently (it's held on surprisingly well at the box office) and actually looks like it'll become the 12th title in the studios history to cross $200 million domestically. And Hotel Transylvania 2 improved on its predecessor and it'll make a ton more than the far more expensive PIXAR film The Good Dinosaur. Plus, War Room grossed $67.7 million to become an unexpected smash hit and one of the biggest Christian films of all-time.

Alas, the news was not as bright for the majority of their film slate. Pixels was far from a Lone Ranger sized box office bomb, but its meager $78.7 million haul was far below expectations. Star-studded dramas like Aloha and Ricki And The Flash significantly underwhelmed and even films that got decent reviews like The Night Before and Concussion came in way under expectations. Interestingly, a number of projects that lost money this year came from individuals (Seth Rogen, Will Smith, Adam Sandler, Meryl Streep, Neil Blomkamp) that have generated massive hits in the past. For a few of these figures (namely, Rogen and Streep), these feels more like anomalies in the grand schemes of their overall careers, but that doesn't ease the pain of the financial burden their newest features caused Sony/Columbia this year.

Paramount Pictures
Total Gross: $674,723,234
In the 12 months of 2015, Paramount Pictures only released 11 films into wide release (though there is one other, Anomalisa, that may go into wide release in 2016), a sharp drop from the typical amount of features they release in a given year. Their smaller than usual output can be attributed partially to a number of high profile 2015 films (namely, Monster Trucks, The Moon And The Sun, Rings, The Little Prince and a Friday the 13th reboot) getting delayed to 2016 and 2017. It seems this far smaller than usual field of films is an anomaly, as it appears the studio will be releasing at least 16 movies in 2016.

Interestingly, the studio actually fared OK for the year, namely in that they didn't have any huge money losers and that the titles they did release actually fared rather well. The Spongebob Movie: Sponge Out of Water kicked off the existence of Paramount Animation in a splendid fashion, with a robust $162.9 million haul on a $78 million budget, almost doubling the domestic gross of the first SpongeBob film. Their biggest movie of the year, Mission: Impossible- Rogue Nation ($195 million domestically), proved there's still plenty of life left in this franchise, while Daddy's Home and The Big Short have become surprise Christmastime hits. Hell, the former movie is looking to become one of the biggest movies ever for Will Ferrell, whose seen his share of big screen success.

Of course, there were still duds to be found, namely in Terminator: Genisys, which did solid business overseas ($350 million accumulated in foreign countries), but made an anemic $89 million domestically, scoring the lowest attendance figures for a Terminator film, even behind the first Terminator feature from 1984. Thanks to an unusual release pattern that would allow it go to video-on-demand carriers earlier than usual, Paranormal Activity: The Ghost Dimension made less in its blink-and-miss-it domestic run than the previous Paranormal Activity adventure, The Marked Ones, made in its opening weekend. And of course, Captive became one of the lowest grossing titles for Paramount in recent memory, its $2.5 million cume even being beneath 2015 Christian movie box office duds like Little Boy and 90 Minutes In Heaven as well as last years infamous The Identical.
Posted by Douglas Laman (NerdInTheBasement) at 12:56 PM