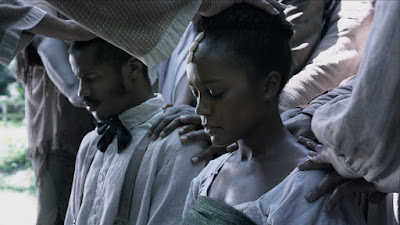 Typically, each annual Sundance Film Festival brings about a record breaking distribution deal, with the biggest of those deals going to the $10.5 million paid to Little Miss Sunshine a decade ago and the $10 million given to the Steve Coogan picture Hamlet 2 eight years ago. Both of those features have been left in the dust by a deal just made for a feature film centered on Nat Turner entitled The Birth Of A Nation. Fox Searchlight Pictures (the studio behind such indie film hits as The Grand Budapest Hotel, Birdman, Slumdog Millionaire, Black Swan, 12 Years A Slave and Juno) has put down $17.5 million for distribution rights to the film.

Birth Of A Nation premiered last night at the Sundance Film Festival to rave reviews, and the motion picture is directed by Nate Parker, who also writers and stars. Supporting actors in it include Gabrielle Union, Armie Hammer, Jackie Earl Haley and Aja Naomi King. No specific release date for the project has been confirmed yet, but apparently the studio is planning a Fall run so they compete in the thick of awards season. Fox Searchlight has some solid success with turning rave reviewed Sundance features (such as Brooklyn, Little Miss Sunshine and The Way, Way Back) into box office and award seasons success stories, which is a track record that I'm sure caught the attention of the individuals behind Birth Of A Nation. It's also worth noting Netflix made a competing bid for the film for $20 million, but wanted it to debut on their streaming service along with a limited theatrical release.

And no, before you ask, there hasn't been any word on which studio will distribute the farting Daniel Radcliffe corpse movie, Swiss Army Man. While the more absurdist content of the story has made it a bit of a laughingstock in certain corners of the internet, Swiss Army Man has actually received solid reviews (60%), so I wouldn't be shocked if a smaller studio like A24 picked it up when all is said and done.
Posted by Douglas Laman (NerdInTheBasement) at 11:06 AM