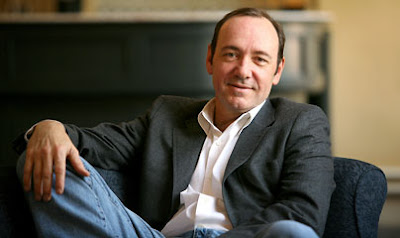 And so, the epic saga of Relativity Media unfolds even further, now drawing Kevin Spacey into its tale.

Quick recap; Relativity Media is a film studio that went fully independent as a film distributor with the film The Warrior's Way on December 3, 2010. Since then, they've brought 34 movies to American screens, with the most recent being the April 2015 feature Desert Dancer, which was released in only 36 movie theaters. Over the past five years, they've been responsible for titles like Limitless, Immortals, Act of Valor and Safe Haven. Those are their biggest titles, which all came within a little over two years of launching the studio. Starting in Spring 2013, they began a financial cold streak that lost them millions of dollars and put them in serious financial despair.

On July 30, 2015, the studio filed for Chapter 11 bankruptcy, and the repercussions of that action are still being felt, as the company is still knee deep in legality matters that are unlikely to fade anytime soon. That being said, they have set release dates for a number of wide releases in 2016, the first of which, The Disappointments Room, is planned to arrive on March 25, 2016. It's unlikely all of the films they have scheduled for this year meet their planned release dates given the uncertain financial state of things, but they did make one giant leap forward today in terms of getting their studio back on track. They've hired Kevin Spacey to become chairman of Relativity Studios and producer Dana Brunetti as President. Both of these individuals will be in charge of both of the film and scripted television side of the newly reformed Relativity Media.

So, uh, wow, I don't think anyone expected this turn of events to occur, huh? Spacey and Brunetti have collaborated on a number of projects in the past, including being executive producers on House Of Cards, but neither of them have worked with Relativity Media before, and the production company the two run (Trigger Street Productions) has only made a few films in their 19 years of existence. That being said, it is easy to see why Relativity Media would be interested in the two, considering the films they have been a part of include Best Picture nominees Captain Phillips and The Social Network as well as the $570.5 million grossing Fifty Shades of Grey film. Plus, I'm sure they're hoping that they can attract some talent to their TV side of the equation and create shows that garner the attention of viewers and awards shows like House of Cards.

Like I said, Relativity Media is still caught in a state of flux at the moment, so it'll be awhile before we see the fruit of the labors put in by Spacey and Brunetti. But to say this move has caught everyone by surprise is putting it gently, and I'd be lying through my teeth if I said I wasn't the tiniest bit curious to see what projects might emerge from this collaboration. Interestingly, Relativity Media has said now that they're mission as a studio is to more mid-range budgeted projects, which seems like a smart financial move for the cash-strapped studio.
Posted by Douglas Laman (NerdInTheBasement) at 11:58 AM