There's Real Potential In Bad Samaritan That Fails To Get Realized 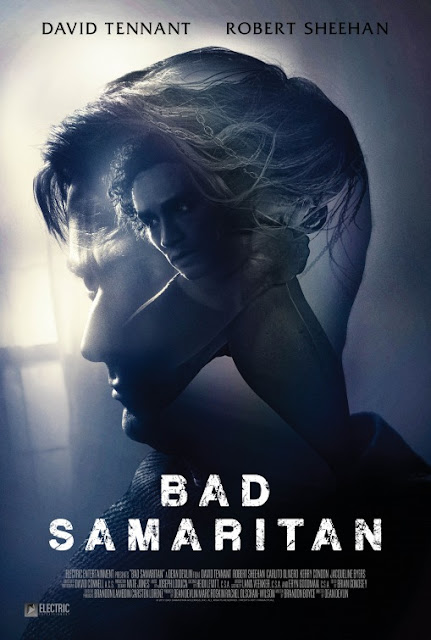 Despite being a dopey B-movie thriller from the director of Geostorm, there's actually an interesting sociopolitical idea at the center of Bad Samaritan that deserves a more thoughtful movie to inhabit. When one boils down Bad Samaritan to its most basic elements, what we have here is a cat and mouse game whose protagonist is an Irish immigrant while our villain is a white male American who acts arrogantly to everyone who comes near to me and who has his status as a foe reinforced by how he threatens to report immigrant workers to immigration services. This is an intriguing hero/villain dynamic built on real-world elements that, unfortunately, becomes a background detail (and one undercut in effectiveness by certain elements in the film we'll talk about later) for a far more generic thriller.


Sean Falco (played by Ben Whishaw look-a-like Robert Sheehan) is an Irish photographer who works as a valet for a local Italian eatery that he and his best friend, Derek (Carlito Olivero), use as a chance to burglarize people (making it's immigrant lead a crook is an icky choice that serves as one of those elements I was talking about that hinders Bad Samaritan's aforementioned hero/villain dynamic hinging heavily on the immigrant experience). Their newest victim is a jerky rich guy named Cale Erendreich (David Tennant), whose house Sean travels to hoping to score some loot that'' earn him and Derek a heavy haul of cash.

Instead of just finding pricey items he can steal though, Sean instead finds a woman chained up in a room in Cale's house. He tries to help her escape, but in a fit of fear of being caught by Cale, runs away, leaving her trapped in the house. Attempts to inform the police prove futile, and worse yet, Cale knows Derek was in his house and is trying to get him arrested. Now Cale is ruining Sean's life, as well as the livelihood of everyone he loves, anyway he can. Watching David Tennant try to drive an Irish valet boy insane makes up the majority of the runtime Bad Samaritan, which is such a cliche story, I've seen, like, six movies this year already covering the same ground.

At first, Bad Samaritan chooses to play out its story in a more restrained manner reminiscent of a classic Hitchcockian thriller in style, though certainly not in quality. Director Dean Devlin has a surprisingly assured hand when it comes to knowing the right kind of camerawork to use so that the audience remains on edge regarding what may be lying just outside of the frame. This talent is especially evident in the initial scene of Sean breaking into Cale's house, a nicely done sequence that has a number of small touches (namely how Cale's domicile is able to convey the sense of being creepily off-putting while looking like a normal rich guy house) to make it effectively chilling.

After that scene, the thrills become less about what could be hiding in the dark and more about sudden bursts of over-the-top unhinged mayhem like David Tennant just trying to drive Robert Sheehan over. Subtelty has gone out the window completely and unfortunately, this is where Bad Samaritan loses a lot of its impact as a thriller. The sight of David Tennant bursting out of a closet with a baseball bat, beating someone repeatedly with said baseball bat and then trying to make all of that chaos look like the lead-up to a suicide just isn't that petrifying, it comes off more like goofy schlock. Granted, sometimes these attempts at goofy schlock do work (the sudden appearance of a bomb in an oven got a chuckle out of me), but too much of the mayhem feels predictable, the ultimate sin for any schlocky movie to commit.

This leaves Bad Samaritan with a middle section and most of its third act suffering heavily from meandering repetition and a dire lack of thrills, though the climax does bring things back to life thanks to David Tennant's decision to suddenly play the villain as a normal dude who happens to love to kill people as well as a delightful bit of cathartic dialogue from the woman he's kidnapped. There's enough in Bad Samaritan that even just quasi-works to make me wish the whole movie had been better, with one of those better qualities being the lead performances from both Robert Sheehan and David Tennant. Alas, the film as a whole is a mediocre thriller that can neither work as a serious straightforward thriller nor as enjoyable B-movie balderdash.
Posted by Douglas Laman (NerdInTheBasement) at 12:23 PM