The Matrix Is Getting A Reboot Because Screw Original Filmmaking 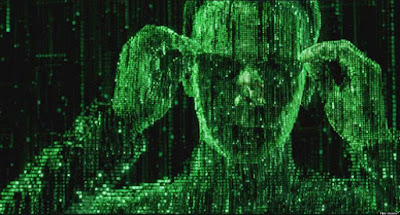 Late last night, word broke out that Warner Bros. was looking to put together a room of writers to concoct ideas on how to continue the Matrix franchise with Michael B. Jordan reportedly eyeballed for whatever lead role the project eventually creates. There is no word yet on if The Wachowski Starship will be involved but I doubt it. I wouldn't be shocked if Keanu Reeves or Laurence Fishburne showed up though for the sake of fan-service though. This endeavor is in super early stages but it's basically happening, especially given how franchise-hungry Warner Bros. is right now.

Look, The Matrix franchise is far from perfect. We all remember the two sequels, which had plenty of good ideas and lots of...not so good ones. I'm not convinced a Matrix reboot is a total lost cause, especially if they got a really good director for it, but more likely, they'll get the director of some recent indie movie (maybe the guy who did Captain Fantastic?) who'll do whatever the studio says. Prove me wrong here Warner Bros. because the talent behind-the-scenes on this one will make or break my prospective excitement for this one and the quality of the project itself.

Even as the guy who'll frequently defend blockbuster properties though, I will freely admit this news leaves me disheartened. It's a pity new budding filmmakers that could be this generation's equivalent to The Wachowski's aren't being given money to bring to life their original idea, instead, we'll just get a rehash of the original 1999 classic The Matrix all gussied up in modern-day visual effects and likely none of the fascinating subtext stemming from the directorial duo behind the film that made it so fascinating to watch. That original Matrix will endure for all of time. We shall see what kind of movie results from this project though for now this news makes me more frustrated and tired than excited at returning to this particular cyber-world.
Posted by Douglas Laman (NerdInTheBasement) at 11:50 AM

Email ThisBlogThis!Share to TwitterShare to FacebookShare to Pinterest
Labels: Michael B. Jordan, Reboot, The Matrix, The Wachowskis, Warner Bros.