I Ain't Afraid Of No Ghost In The Shell 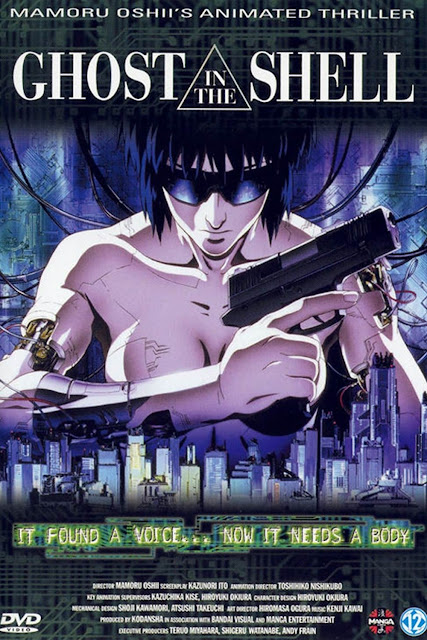 The original Ghost In The Shell motion picture from 1995 came at an interesting time in the history of technology. The internet was just about on the verge of dominating households across the planet and forever change how we consumed information and communicated with each other. No one could possibly predict what a paradigm shifter the widespread acceptance of the internet would be, but Ghost In the Shell did dare to tell a tale of human beings greatly intertwined with the technology around them and ponder how that affects their psyche and personalities. More than two decades after its release and countless upheavals in the world of technology, Ghost In The Shell is just as potent as ever in its thoughtful storytelling.

In the future, the organization Section 6 has a number of robotically enhanced police officers who protect the citizens from a wide array of criminals, some of them unwittingly brought into the world of crime and others who have more nefarious plans. One of these officers is Major Motoko Kusanagi (Atsuko Tanaka), a lady whose able to use her robotic-based powers (such as camouflage cloaking abilities) to become a mighty presence on the force, though she's now struggling to find and defeat a new powerful enemy known as The Puppet Master.

The front cover of the DVD of Ghost Of The Shell has James Cameron proclaiming Ghost In The Shell to be the first adult animated movie to "...reach a level of literary and visual excellence". I could probably contend with it being the "first" adult animated film to reach those heights of quality easily, but there's no denying that Ghost In The Shell serves as a remarkable reminder of something that I, as an animation geek, am always rambling on about; animation is a powerful medium of storytelling for all ages and all sorts of stories, not just ones directly aimed at children and families. A true shame the pop culture ubiquity of this project didn't pave the way for too many American animated films (aside from maybe that long-forgotten Final Fantasy movie in 2001) to try their hand at more adult-oriented fare.

That turn of events occurring really does come off as a true artistic loss due to the thoughtful quality of Ghost In The Shell, which mostly eschews over-the-top violence (though a few brief shoot-outs do transpire) in favor of contemplating what it means to be human in a world where the line between technology and human beings is blurring. It's easy to see how a lesser movie dealing with these issues in a heavily dialogue-fixated manner could have come off as the cinematic equivalent of drugged up College kid rambling on about philosophy at a party, but Ghost In The Shell is always able to keep the themes it grapples with engaging and the way it discusses hefty concepts about identity similarly entertaining.

Accompanying all of those weighty concepts is some glorious looking animation that makes the futuristic world of Ghost In The Shell sparkle. I love that there's this mostly dialogue-free action sequence in the middle of the movie that allows verbal communication to take a break and just let these beautiful wide shots do all the talking. In these larger in scale shots, you get both the scale of the city the characters inhabit and a great way to view some extended hand-to-hand combat, a nice visual twofer that demonstrates handily how well Ghost In The Shell is able to take any opportunity to utilize visual-based storytelling for exciting purposes.

Whenever dialogue is utilized, it's accompanied by some stellar voice acting from the likes of Atsuko Tanaka, who fares well in creating the internally conflicted but determined exterior of Major. She's a great choice to headline a project like Ghost In The Shell, a thoughtful slice of animated cinema that demonstrates the kind of insightful storytelling adult-skewing animation can accomplish. I wish the American film industry can take a cue from the Japanese film industry and make more adult animated movies of our own, but until then, at least we have Ghost In The Shell to demonstrate the power this subgenre can carry.
Posted by Douglas Laman (NerdInTheBasement) at 9:15 AM