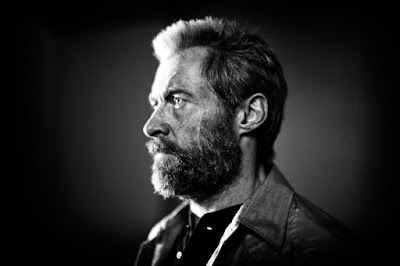 The final X-Men movie to feature Hugh Jackman as Wolverine is on its way for March. It's got a title (Logan, a nice little contrast with the title of the last solo Wolverine movie The Wolverine), a cast that includes Patrick Stewart, Stephen Merchant and Boyd Holbrook and now it's got a teaser trailer. Check it out below and prepare to see something very different from past X-Men movies and American blockbusters in general.

I love how low-key this trailer is. There's no explosions to be seen, no massive gunfights, just some hand-to-hand combat intercut between shots of Logan, X-23 (that's the little girl seen in the trailer) and Professor Xavier trying to survive on the fringes of a world that's been turned upside down. This is an extremely different vibe from the last two Wolverines movies for sure or any other X-Men movie and that commitment to be so very much its own thing in this trailer is a major part of why it works so well. It gives Logan its own unique atmosphere right off the bat, complete with a fantastic song choice in Hurt by Johnny Cash.

Man, that Johnny Cash is a good one to put in there and I'm so glad they didn't try to do a slow cover of it by Coldplay or something. Nah, Cash's got such amazing vocals, he can convey an epoch of pain in one word, which feels appropriate for the Logan trailer which conveys the feeling of eras of torment coming to the surface.  The X-Men movies have been hit-or-miss over the years, but I consider The Wolverine to be one of the stronger entries in the saga (aside from that dumb robot-infused climax) and this teaser for Logan really makes me intrigued to see what Mangold has concocted in his second go-around with this character.
Posted by Douglas Laman (NerdInTheBasement) at 9:53 AM