Deepwater Horizon Has Peter Berg Finally Breaking Through As A Filmmaker 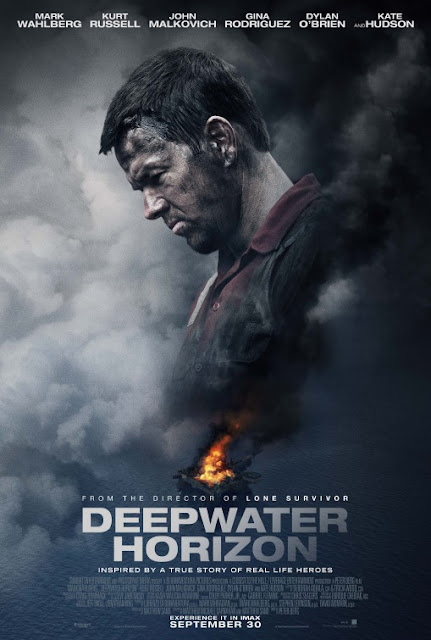 Peter Berg belongs with the likes of Antoine Faqua, Michael Bay and Zack Snyder in the category of directors I shall henceforth refer to as "Macho Dudes Making Macho Movies For Macho Moviegoers". Individuals belonging to this classification frequently make motion pictures that adhere to the most primal definition of what constitutes masculinity, with pervasive attempts to appear "rugged" and "extreme" typically coming at the cost of coherent storytelling and interesting characters. Those are certainly two elements missing in spades in Peter Berg's past work, especially in the 2012 disaster Battleship.

But just as fellow testosterone-fueled director Antoine Faqua managed to deliver the quite enjoyable The Magnificent Seven at the tail end of September 2016, Peter Berg also managed to deliver a quality movie in that particular timeframe. The film in question is Deepwater Horizon, a cinematic retelling of the 2010 BP Oil Spill that cost 11 lives and was the result of negligence and cutting corners in the name of penny-pinching. Mike Williams (Mark Wahlberg) is our lead, a man who works on the oil rig whose just going in for another elongated shift not realizing the terrors that are about to be unleashed.

Deepwater Horizon has very clearly been created in a manner to evoke disaster movies, and as a major fan of that genre of cinema (I'm such a big disaster movie geek I even thought Volcano was cool as a 12 year old!), it was interesting to see various storytelling tenants of that subgenre be incorporated here. Namely, Deepwater Horizon, like the numerous disaster films Roland Emmerich has put out in the past two decades, starts out with extended dialogue sequences that help establish the various character dynamics on display and emphasize the idea that these are normal people about to be put through the wringer in extraordinarily harrowing circumstances.

Now, whereas the weakest of Emmerich's output (throwing some shade at you Mr. Day After Tomorrow) has dialogue that's utter torture to sit through, the screenplay for Deepwater Horizon by Matthew Sand and Matthew Michael Carnahan actually makes the dialogue between Mike Williams and his oil rig cohorts feel natural, you get a very lived-in vibe between their interactions. These are people that all know each other very well thanks to how long they have to stay out on this oil rig and that kind of connection being put to test when everything goes to hell helps elevate the dramatic tension considerably.

It also doesn't hurt the movie one bit that Mark Wahlberg's blue-collar everyman persona gets put to great use here and that our lead actor is bouncing off the likes of Kurt Russell and John Malkovich (whose saddled with a Huckleberry Hound-esque accent that's extremely distracting) during much of the movie. There are plenty of moments that seem to indulge in Peter Berg's worst tendencies as a director to be sure, most notably in a pivotal moment during the climax that should have been emotionally gut-wrenching but instead comes across solely as "rugged men must help overly-emotional women" in its execution. Plus, ya get at least two individual softly jingoistic shots of American flags billowing in the wind amidst chaos as if Berg is trying to outdo Mr. Michael Bay's uber-patriotic visual quirks.

Thankfully, the majority of Deepwater Horizon instead concerns itself with creating believable human beings that the audience will be thoroughly engrossed in watching trying to survive this monumental real-life catastrophe. Mission accomplished on that front and similar success is found in the great sets that recreate the oil rig these people worked on as well as the exceptional sound work found throughout the motion picture that helps give one a picture (albeit super-pared-down) of what a living hell it must have been like to endure this atrocity. This is one well-made motion picture that keeps Peter Berg's worst tendencies (mostly) in check to create an absorbing disaster movie tale.

Posted by Douglas Laman (NerdInTheBasement) at 9:48 AM