Totally Under Control Reflects The Human Toll of Powerful Incompetency 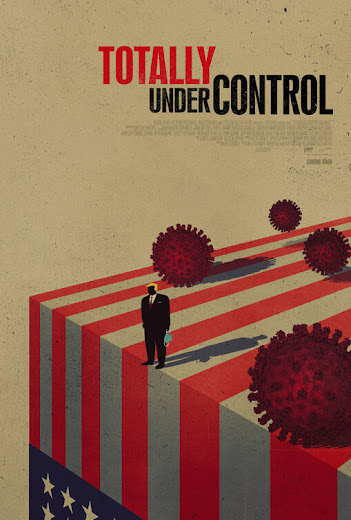 There are topical movies and then there are movies so ripped straight from the headlines that if they were newspapers, the ink would still be wet. The new documentary Totally Under Control, directed by Alex Gibney, Ophelia Harutyunyan and Suzanne Hillinger falls into the latter category. Covering America's response to the COVID-19 pandemic, the movie is so determined to keep itself current that it closes on text saying that, the day, after Totally Under Control was completed, Trump got diagnosed with COVID-19. Thankfully, Totally Under Contol isn't just running around clutching hot-button issues. It's still a good documentary on its own merits, even if it's one that's harrowing enough to make it understandable if viewers want to give it a skip for now.
Across Totally Under Control, we get interviews with health officials, doctors and other personnel who've been in the trenches of the COVID-19 pandemic talking about how the American government has bungled their response to this health crisis. The scope of this feature is expansive, with interview subjects ranging from an intern working for Jared Kuschner to a health official from South Korea. Through this canvas, one truly gets a sense for just how widespread the effects of America's callous attitude towards COVID-19 is and how the blame for this phenomenon doesn't just stop with the POTUS.
Oh, Trump's got a lot of this blame on his shoulders, including putting together a task force to respond to the virus that eschews scientists in favor of close allies with no scientific experience. But what's terrifying about Totally Under Control is how it reflects that America's lack of preparedness dates way back before 2020. The widely-criticized response to the Ebola in 2013 and the fact that, since 2005, there's only one company producing facemasks in America are shown to be particularly ominous harbingers of what we've been dealing with throughout 2020. These events aren't highlighted to create excuses for a current corrupt regime, but rather, to show how groundwork for a pandemic like this to flourish had already been laid.

In terms of events from 2020, Totally Under Control chronicles this material with as much captivating suspense as any fictional political thrillers. Archival footage, old emails, and anecdotes from interview subjects help showcase the struggles of health officials trying to sound the alarm of an incoming pandemic. The level of frustration I felt watching this was unspeakably high. I could feel all the agitation from these individuals as they relayed their attempts to speak sense into people who just didn't want to hear about reality. Totally Under Control shows that, long before social distancing became a part of America's vocabulary, there were people trying to take action.

Alas, these measures did not produce actual action. Among those measures were attempts by the head of a company producing facemasks in America. He wanted to get financing to make sure there were enough facemasks for the American public. Unfortunately, the CDC responded to a potential facemask shortage by simply urging Americans not to wear facemasks. It's a bizarre move that reflects how badly the American government responded to this whole crisis. Watching the testimony from this business owner as he sheds tears over not being able to help people, you see the human toll that this bad response has left in its wake. The story of the COVID-19 pandemic is not over yet, but Totally Under Control still functions as a stirring reflection of the past and a call to arms for us to do better in the future.