In Laman's Terms: The Ever-Evolving Nature of Amazon Studios (PART ONE) 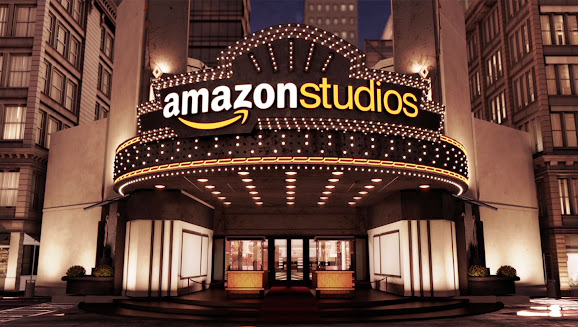 Movie studios are always changing. Just look at the various forms MGM has taken on since 1924. Similarly, look at how 20th Century Fox (sorry, 20th Century Studios) went from being one of the biggest movie studios on the planet to a Disney subsidiary. Amazon Studios is no exchange. The brand of Amazon dedicated to making movies, a lot has changed since the studio got up and running. How much has changed? The studio was founded ten months before Netflix released their first original movie, Beasts of No Nation. In that time Amazon has constantly shifted what kind of movies it makes and how it releases them. The film industry is in a constant state of evolution and so is Amazon Studios.

But before all those changes, there was the founding of Amazon Studios. Two years after the first Amazon TV shows (Betas and Alpha House) premiered, Amazon Studios announced it was getting into the filmmaking business. In January 2015, news broke that Amazon Studios would be both creating and acquiring original films that would debut theatrically before hitting the Amazon streaming service. At the time, it was said that there would be "a four to eight-week" gap between the film's theatrical and streaming debut. In reality, Amazon would initially allow for a five to six-month gap between when a movies theatrical and streaming premiere.

In announcing the news, the then-Vice President of Amazon Studios, Roy Price, said:

"We look forward to expanding our production efforts into feature films. Our goal is to create close to 12 movies a year, with production starting later this year. Not only will we bring Prime Instant Video customers exciting, unique and exclusive films soon after a movie's theatrical run, but we hope this program will also benefit filmmakers, who too often struggle to mount fresh and daring stories that deserve an audience."

In an Entertainment Weekly interview, Price explained the kind of movies that the Amazon Studios slate would be modeled after:

I think Whiplash, Birdman, Boyhood, Her, Mud, and also King’s Speech, and going back in time to Shakespeare in Love. That’s a great ballpark for us.

This makes it clear that Amazon Studios was made to focus on indie dramas, with clear aspirations of making it big at the Oscars like King's Speech, Birdman and Shakespeare in Love did. To their credit, Amazon did put their money where their mouth was. Their first film was Spike Lee's Chi-Raq, which certainly wasn't a cookie-cutter studio feature. From there, they released films from filmmakers like Todd Solondz, Whit Stillman, Nicolas Winding Refn and Park Chan-Wook. The studio got its first major hit, both financially and in terms of awards, with Manchester by the Sea. It's still the highest-grossing Amazon Studios release with a $47.7 million domestic cume while Manchester also made history by becoming the first film from a streaming platform to score a Best Picture nomination.

One thing to note before going forward; Amazon's movies were distributed theatrically by other movie studios. They bounced around across different distributors but Roadside Attractions was a regular distributor for Amazon fare while Bleecker Street, Lionsgate and Magnolia Pictures also handled multiple Amazon titles theatrically.

For a moment, it really looked like Amazon was eating Netflix's lunch when it came to original streaming movies. Netflix's insistence on movies debuting on streaming exclusively gave them an initial disadvantage to Amazon, who promised to give filmmakers a traditional theatrical release before a streaming premiere. Whereas Amazon concluded 2016 with a Best Picture nominee in Manchester By the Sea, Netflix wrapped up the year premiering Spectral, an action blockbuster they acquired from Legendary Pictures. Amazon was doing the artsy prestige fare. Netflix was doing broadly appealing fare like Adam Sandler comedies.

As Kwame Opam of The Verge put it in January 2017 after Manchester scored a boatload of Oscar nominations:

Amazon has the advantage for now, and it hasn’t even won an Oscar yet. It’s now on Netflix to catch up for next year.

2017 started out just fine for Amazon Studios. The documentary I Am Not Your Negro made a much-better-than-expected $7 million domestically. Better yet, The Big Sick ended up being a massive sleeper hit and grossed $42.9 million domestically. However, right after The Big Sick, the studio entered a slump. Titles like Landline, The Only Living Boy in New York and Brad's Status all flopped even by the box office standards of arthouse fare. Meanwhile, Netflix was finally scoring the kind of auteur-driven acclaimed dramas that Amazon was supposed to have cornered the market on. The Meyerowitz Stories and Mudbound ensured that Netflix would have a mighty presence in the 2017 award season.

Amazon Studios, meanwhile, came up short at award season just as it was entering a new chapter in its existence. Amazon would no longer be at the mercy of other theatrical distributors. As announced in July 2017, Amazon Studios would self-distribute their movies starting with the Woody Allen movie Wonder Wheel. The endeavor got off to a poor start thanks to the $1.4 million domestic gross of Wonder Wheel. That gross looked positively divine compared to the utter cratering that greeted the studios September 2018 feature Life Itself.

After paying $10 million for distribution rights to the film, Amazon gave Life Itself a splashy 2,578 theater launch, a sharp contrast to the platform releases Amazon usually gave its titles. The maneuver turned out to be ill-advised. Life Itself opened to a disastrous $2.1 million and grossed an anemic $4.1 million domestically. The rest of Amazon's 2018 slate, featuring Beautiful Boy and Suspiria, all flopped as well. While Netflix was scoring accolades for releasing the likes of Roma, The Ballad of Buster Scruggs and The Other Side of the Wind, Amazon was struggling. Badly. A change was in order.

Salke was hired as the new head of Amazon Studios seven months prior to Life Itself crash and burning. However, her new approach to Amazon Studios was clearly informed by the outfits 2018 duds. As Amazon snatched up a wide assortment of movies at the 2019 Sundance Film Festival, Salke's ambition to gear the streamer more towards crowdpleaser fare was apparent. Grim films like Beautiful Boy were no longer the only things being released by Amazon Studios. Late Night and Brittany Runs a Marathon were now at the forefront of Amazon's 2019 slate. Additionally, not all Amazon Studios titles would get traditional theatrical releases. The Report, for example, was set to be the biggest movie yet that Amazon would debut directly onto its streaming service.

Would the new direction for Amazon Studios to work? Come back for next week's In Laman's Terms column, where I'll examine how these films have fared and how Amazon Studios has further evolved in 2020!