Puzzle-Fixated Tenet Has No Time To Create Engaging Characters 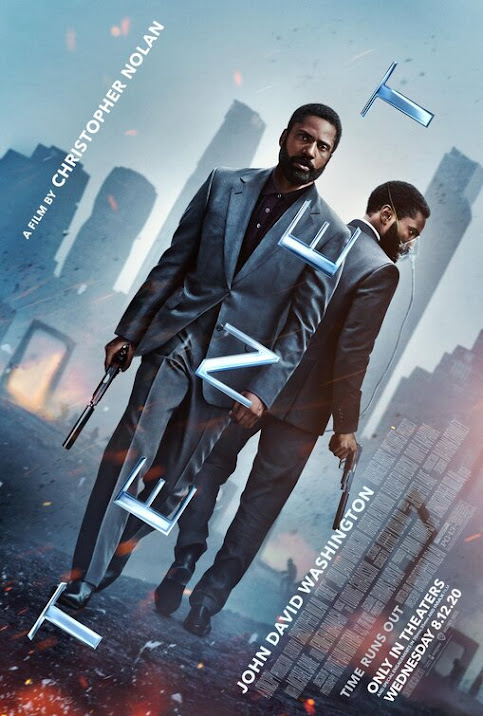 At the start of Tenet, a scientist by the name of Barbara (Clemence Poesy) deliver two lines that pretty much sum up the whole movie. The first is when she meets Tenet's lead character, Protagonist (John David Washington). Here, she informs him "Do not tell me your name or any other personal information." The other comes when Protagonist expresses confusion over how exactly the process of a bullet traveling backwards works. "Don't try to understand it, just feel it," Barbara advises. With these two lines, writer/director Christopher Nolan is informing audiences that Tenet is a movie of set pieces, not characters, and that it's better to just go with the flow than ask questions about the movies unorthodox action sequences.

Before those two lines of dialogue, Tenet introduces the viewer to Protagonist as a CIA agent who's been captured by enemy forces. While they torture him for information, he swallows a cyanide capsule rather than talk. On that day, Protagonist expected to die. Instead, he awakens in a hospital bed on a boat and is subsequently informed that he's passed a test to determine his loyalty. Knowing that Protagonist will succumb to enemy forces, Protagonist is assigned with Neil (Robert Pattinson) to investigate arms dealer Andrei Sator (Kenneth Branagh). Not only is Sator in the business of deadly nuclear weapons, he's also procured objects that can move backwards in time. Who knows what Sator could accomplish with this tech. Protagonist is intent on ensuring the world never has to find out.

Nolan has long been known for being a cerebral filmmaker. However, his best works have always been just as in touch with their humanity as they were with their brain. Would the ending of The Prestige be such a barn-burner of a twist if we didn't care about the characters? Ditto the scene of Matthew McConaughey's lead character in Interstellar breaking down watching decades worth of video messages from his children. Tenet sees Nolan going in his most emotionally detached direction since he started major studio projects. This is a story of set pieces, not characterization. Conceptually, Tenet is aiming to be more like the stunt-oriented works of Buster Keaton and Jackie Chan than Nolan's own Dunkirk.

That's not a bad thing for a movie to aspire to as a large number of Keaton and Chan classics can attest. Unfortunately, Tenet ends up betraying its ambitions in some key ways. For one thing, Nolan's screenplay is strangely reliant on dialogue. Prior Nolan movies Inception and Interstellar garnered criticisms for overdoses of expository dialogue. However, Tenet's heavy presence of dialogue bothered me in a way it hasn't in prior Nolan features. Tenet's script can't trust its own "Don't try to understand it" line as it ends up stuffing scenes full of lines that try to explain all the time-related stuff. Instead of letting viewers get swept up in the visuals, Tenet has to tap the audiences shoulder and explain, rather than show, how things work.

This is where the lack of really interesting characters also becomes a problem. If Tenet was 90-minute action film with no meat on the bones, the detached approach to Protagonist wouldn't be an issue. But a 150-minute movie whose first-half leans heavily on expository conversations needs to give me some kind of character I can latch onto. Otherwise, I'm just listening to a lecture rather than watching a blockbuster movie. Tenet's first half being largely devoid of time-reversal further compounds its tedium. John David Washington's charisma helps make some of these scenes tolerable but he can't be expected to carry the whole film. Nolan's insistence on both lots of dialogue and stripped-down characters ends up being a combo that drags Tenet down.

Most of the action stuff in Tenet at least looks pretty good, with the best set-piece being an early break-in to a place that stores vintage pieces of art. Editor Jennifer Lame effectively cuts across three separate points in time. This trait, as well as Nolan's writing, give the sequence a lively heist movie vibe. Tenet briefly becomes an Ocean's Eleven movie where backward-moving adversaries burst in to provide complications to the heist. That's fun! A scuffle in a kitchen proves delightful, particularly Protagonist's use of a cheese grater against an enemy. Meanwhile, the insistence on using a firetruck during a chase scene provides some personality for a mid-movie set piece. But, the climax is a far more generic affair involving. Armies in brown hazmat suits running around and firing guns in a desolate grey landscape just aren't riveting.

At the risk of sounding like a broken record, the lack of distinct characters, or even just cool action beats, make this expansive but drab set-piece inert. As for Tenet's use of time reversal, it has its interesting moments. One of its best uses comes in an intimate sequence. This scene concerns a conversation between Protagonist and Sator that works just as well backward as it does forwards. However, the big storytelling reveals or "Gotcha!" moments involving time reversal ends up disappointing. When you're movie is built only on the punchline, you better have a good joke up your sleeve. Tenet, unfortunately, has key story beats cribbed from everything from Bill & Ted's Excellent Adventure to Bender's Big Score to Future War.

A similar level of familiarity permeates Ludwig Goransson's score. Though this is Nolan's first movie since The Presitge not to have Hans Zimmer composing the score. You wouldn't know it by how heavily Goransson's score leans on deep bass instruments and that "BWONG" noise. At least Goransson injects some of his trademark creativity into how interestingly mechanical the score sounds.

If Tenet had more of a distinct personality or engaging characters, its familiarity would be excusable. But Tenet opts to focus on being a puzzle above all else. Even the sound work, which drowns out expository dialogue over the roar of jets, seems like a way for Tenet to leave audiences questioning things enough to come back for multiple viewings. Alas, Tenet has forgotten that nobody cares to put puzzle pieces together if it doesn't add up to a pretty picture. Tenet's ambition to create something original on a blockbuster canvas is admirable. Ditto its most exciting set pieces and giving John David Washington a chance to headline a blockbuster. Unfortunately, Tenet's puzzle pieces added up to something that left me cold more often than it exhilarated.