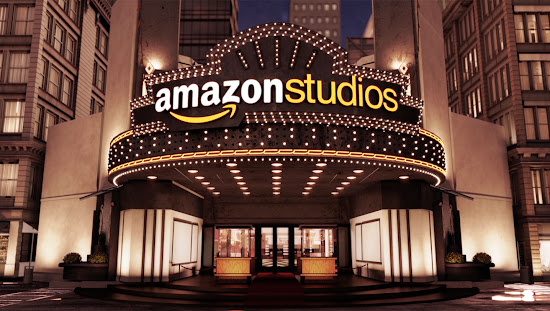 In an interview with The Hollywood Reporter in February 2019, Amazon Studios head Jennifer Salke outlined her planned for the film division, emphasizing a need for different types of film releases (some theatrical, some streaming, for example) and wanting to expand the kind of films Amazon released. Her push into transforming Amazon Studios would truly begin with the various movies Amazon had purchased at that year's Sundance Film Festival. After spending $47 million on the likes of Late Night and Brittany Runs a Marathon, the hope was that Amazon would start seeing films that garnered both acclaim and major box office.
Instead, Amazon faced some problems with these titles, with Late Night most noticeably getting off to a noticeably rough start in wide theatrical release in June 2019. Opening to just $5 million from 2,218 locations, Late Night fared better than Life Itself but Yahoo still estimated that the studio would lose $40 million on the project. Late Night was not going to be the second coming of The Big Sick, nor would Brittany Runs a Marathon, though that one did a better comparatively grossing $7.1 million from a peak theater count of 1,033 locations. Adding more bad news to the pile, Amazon's co-production with Warner Bros., The Goldfinch, grossed only $5.3 million domestically on a $44+ million budget.
By the end of the year, change was a-foot. For the first time, high-profile Amazon movies began debuting on the Amazon Prime streaming service without any theatrical release to speak of. This included The Aeronauts, a film shot with IMAX cameras that was sent to the Amazon streaming service instead of its original planned theatrical release. A handful of Amazon titles, like Honey Boy, still went the traditional movie theaters first route.
We'll never really know what Amazon Studios' original plans for 2020 were. Maybe they planned to continue the late 2019 approach of sending some titles to streaming, others to theaters. But with the COVID-19 pandemic, suddenly, everything went to streaming. Blow the Man Down, The Vast of Night, Seelah and the Spades, 7500, they all went directly to Amazon's streaming service. There was no other option with movie theaters around the world closed. Intriguingly, this year also saw Amazon stepping outside of their indie comfort zone. In April 2020, Amazon acquired the long-delayed family comedy My Spy and debuted it on their streaming service two months later.
A studio that started out hoping to release titles like Her and The Master was now releasing My Spy. On the one hand, it's disappointing to see Amazon releasing titles any studio could release. On the other hand, admittedly, Amazon had already strayed away from its initial artsy ambitions from that point. Were Life Itself, The Goldfinch or Wonder Wheel really any worse than My Spy? Plus, a lot had changed in the five years since Amazon started out. When the studio began, it modeled itself after traditional theatrical indie studios like Miramax. Now, in the age of streaming services a-plenty, it needed to model itself more after Netflix. This meant not restricting itself to not just arthouse fare. This explains why Amazon Studios has recently acquired broadly appealing titles like Borat Subsequent Moviefilm and Coming 2 America as well as going into development on a My Spy 2.
It's not just Amazon acquiring mainstream titles either. Over the last year, Amazon has bought a number of pitches for mainstream movies they'll develop and produce in-house, including a comedy starring Awkwafina & Karen Gillan as well as an action/comedy vehicle for Idris Elba & John Cena. Interestingly, the studio hasn't abandoned its indie roots too. On the contrary, the end of 2020 will see Amazon Studios release their most prolific slate of award season contenders ever with the likes of One Night in Miami, Time and Sound of Metal.
While Amazon Studios has faced troubles in the last two years, under Jennifer Salke, the studio has shown a level of dynamism that has allowed it to change gears when need be. The film industry is always in a state of evolution and Amazon Studios is no different. The same ambition that drove Amazon Studios to spend so much at Sundance 2019 is now driving it to expand what it means to be an Amazon Studios release. However future mainstream movies and award season contenders fare, the flexibility of Amazon Studios is to be admired.
Posted by Douglas Laman (NerdInTheBasement) at 9:00 AM