13 Days of First-Time Frights: Eyes Without a Face 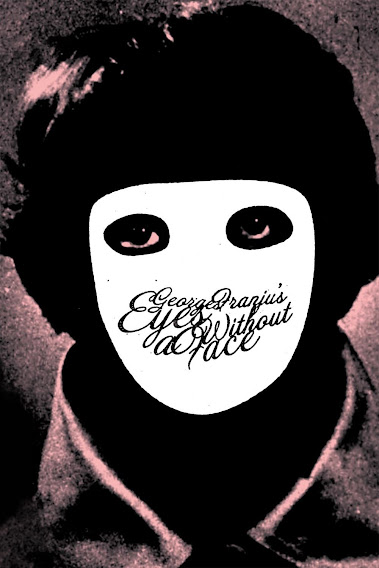 13 Days of First-Time Frights is a series of reviews where Douglas Laman, in the spirit of Halloween, watches and writes about thirteen horror first-time watches These reviews will be posted each Tuesday and Thursday, as well as the three Wednesdays and a Friday, throughout October 2020.
Entry #24: Eyes Without a Face

Doctor Génessier (Pierre Brassuer) would do anything for his daughter, Christiane (Édith Scob), whose face was hideously scarred in an automobile accident. This doesn't just mean bringing her soup or helping her with the mask she wears upon her face. Génessier is determined to make a new skin for his daughter's face. This task entails himself and his assistant Louise (Alida Valli) kidnapping women and peeling off their faces in the hopes of creating a new face for Christiane. Normal father stuff, ya know. As the experiments go on and the bodies pile up, Christiane is beginning to wish she was just dead rather than the reason so many deaths. Can anything stop her anguish or the rampage of her father?

Alright, let's dive right into the part of Eyes Without a Face everyone wants to talk about: its gruesomeness. Even though French films in 1962 weren't bound by the restrictive Hays Code that American films had to navigate, I still wasn't ready for just how grisly Eyes Without a Face was. My expectations for how horror films in the early 1960s operated was totally upended the moment Génessier began a procedure that consisted of him peeling off a ladies face entirely on-camera. No cutaways to imply the action rather than show it, no, director Georges Franju is just going for it. It's all on-screen to make your stomach retch and put your heart in your throat.

The sequence is truly remarkable even beyond the shock value of watching faces get peeled off in a mid-20th century movie. For one thing, the makeup effects used to make this hideous surgery possible still look great nearly sixty years later. I honestly doubt this would look any better if it were made today even with decades of VFX advancements. Also aiding this sequence is the restrained nature of the camera. Restraint may be a weird word to use for this kind of ghastly set-piece, but Franju keeps the camera at a distance for most of this scene. He doesn't shove the camera, and by proxy the viewer, into exposed blood vessels or anything like that.

As a result, the scene is digestible while still visually coherent enough to allow us to appreciate the depravity. Even beyond this shocking sequence, though, Eyes Without a Face proves to be a great thriller. This is mostly because the movie isn't afraid to really look at things from Christiane's perspective. Intimate dialogue-free sequences just follow Christiane on what amounts to an average day in her life. Through such low-key scenes, we understand the horrors she has to go through on an everyday basis. The scares in Eye Without a Face don't just come from faces being peeled off. They're also derived from the psychology of Christiane.

You know what else is chilling in Eye Without a Face? Composer Maurice Jarre's theme music for Louise. Whenever she's on the hunt for a new woman, she's accompanied by this foreboding music that's like some kind of precursor to the Jaws theme! Louise doesn't even need to approach her next victim to inspire chills up one's spine. The score as a whole does wonders for further enhancing the eerie ambiance of Eyes Without a Face as does George Franju's strong eye for visuals as a filmmaker. Those quiet scenes of Christiane alone wouldn't be half as effective without Franju's sense of blocking and staging.

Eyes Without a Face impresses on the most intimate technical level. But it's also a delight on the kind of surface-level pleasure we all go to horror movies for in the first place. I'm not just talking about that face-peeling surgery sequence either. Eyes Without a Face also features an incredibly cathartic ending involving Doctor Génessier being destroyed by the very dogs he's spent the whole movie abusing. Few things in all of art are as cathartic as watching people who abuse animals get their just desserts! Following that moment, Eyes Without a Face closes out with an evocative shot of Christiane wandering down a trail, her future unknown. It's a fittingly stirring ending to the equally stirring Eyes Without a Face.