What Has Happened In The Last Two-and-a-Half Months of the Domestic Box Office? 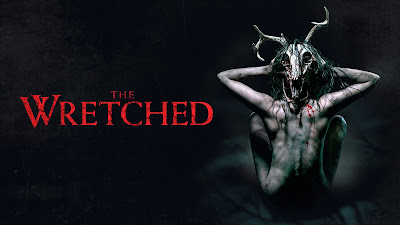 For the first time in history, movie theaters were suddenly abandoned and no longer showing movies. The entire release schedule for 2020 was thrown into disarray as the theatrical film business, like all other aspects of life, headed into uncharted waters brought out by COVID-19. One of the myriads of repercussions of movie theaters shutting down was that box office obsessives like myself suddenly had nothing to write about every Sunday morning. A Hollywood Reporter essay on the subject, published on March 23, 2020, was peppered with testimonies from box office analysts coming to terms with the new status quo of there being no box office to report.


If Christopher Nolan gets his way, Tenet will get the theatrical movie business back on its feet on July 17th. As a result, the practice of box office reporting is only a month-and-a-half away from restarting as well. Over the weekend that once upon a time was supposed to see the debut of both Artemis Fowl and The Green Knight, though, I thought it'd be a good idea to look back on the last two-and-a-half months of domestic box office activity. It turns out, some theaters have still been operating in the form of drive-in theaters while a handful of titles have still been reporting box office grosses.

One important thing to note is that not all titles playing at these drive-in locations are reporting box office grosses. Two months ago, Disney and Universal committed to not reporting official box office grosses for their titles. Subsequently, the other major movie studios (i.e. Paramount and Warner Bros.) have followed suit Though Onward and Dolittle have been playing at some drive-in theaters for a couple months now, no official figures have been released for those features. Only outlets like Deadline have reported unofficial box office figures for major studio releases, and even then, they don't provide a comprehensive picture. For example, Deadline hasn't reported how Onward has been doing in drive-in locations since March 2020.

The primary exception to this practice of forgoing official box office reports is indie distributor IFC Films. A year ago, nobody would have predicted IFC would be such a prominent player in the American cinema scene. Though they distributed box office hits like My Big Fat Greek Wedding and Best Picture nominee Boyhood, IFC has primarily spent their existence playing things under-the-radar. In recent years, only a handful of their titles have gotten home video releases. In their twenty-one years of existence, only five of their movies have cracked $5 million domestically and only forty-seven of their films have cracked $1 million domestically.

Perhaps it's that kind of box office that spurred IFC to continue reporting box office figures in the face of the COVID-19 epidemic. After all, their average release rarely cracked $1 million domestically, how much worse could their box office grosses during a pandemic be? As a result of being the distributor behind the only new movies in town, IFC has become the one-eyed king of the blind. IFC titles like How to Build a Girl or True History of the Kelly Gang that would have previously quietly went to VOD retailers and a handful of NYC arthouse theaters are now playing in Texas drive-in theaters. There's no way that was in the original release plans for Kelly Gang, but nobody behind those movies is complaining.

Over the last eleven weekends, IFC has had the top title seven times, with only Aspiration Entertainment's Phoenix, Oregon and Indican Entertainment's Strike breaking their streak. Looking over the last two months of domestic box office, another pattern emerges beyond just IFC frequently ruling the charts. The first weekend after studios stopped reporting grosses was the March 20-22 frame, which amassed a measly $3,920. Each subsequent weekend since has primarily increased, save for a few exceptions like the April 17-19 frame or the May 8-10 frame. The biggest jump from weekend-to-weekend was the May 1-3 frame, which grossed $92,387, a 92% increase over the preceding weekend.

Clearly, this horror title has struck a chord with audiences, as seen by it grossing another $236,334 over the four-day Memorial Day weekend. Having grossed $659,760 after twenty-eight days of release, The Wretched, barring a sudden collapse in the next few weekends, looks poised to crack $1 million domestically despite never playing in more 59 locations. That would be an impressive box office even without a pandemic. The Wretched may be the most impressive recent domestic box office performer, but it's not the only doing commendable numbers. How to Build a Girl has managed to score a solid $68,857 domestic gross despite never playing in more 9 locations. Meanwhile, True History of the Kelly Gang has grossed $33,344 domestically, making it one of only three titles to gross over $30,000 domestically in the last two-and-a-half-months.

Finally, it's worth noting the unofficial box office figures of Trolls World Tour, the movie that seemed to be turning the theatrical exhibition business upside down for a hot minute. Though Trolls made headlines around the world for opting for a video-on-demand launch, it did also play in some drive-in-theaters. After opening to a debut "north of $60,000" per Deadline, Trolls World Tour has apparently grossed nearly $1 million from a month of drive-in theater business per Indiewire. Interestingly, Trolls is not the only Comcast film to opt for both a theatrical play and a VOD launch. The High Note dropped on VOD retailers just yesterday but per their website, the iPic Theater in Fairview, Texas will be screening The High Note when the location reopens on Thursday, June 4. Whether or not The High Note replicates the strong box office of Trolls World Tour and The Wretched remains to be seen.
Posted by Douglas Laman (NerdInTheBasement) at 3:21 PM