The Grinch Is The Nadir Of Christmas Movies 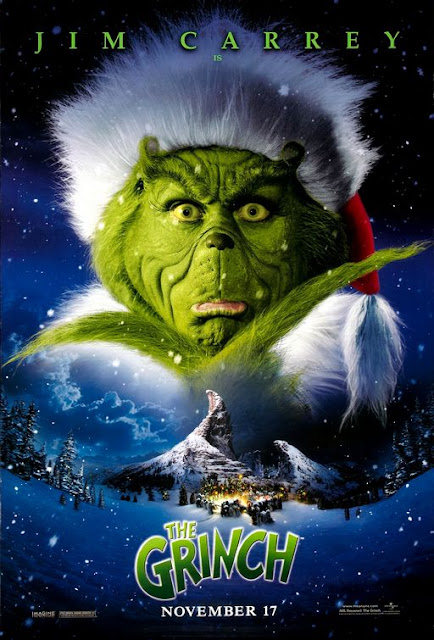 To watch the 2000 Grinch movie is to state into the yuletide covered abyss long enough for it to stare back at you. It is, without a doubt, one of the worst Christmas movies ever made, down there with Deck The Halls and Fred Claus as some truly terrible awful holiday-themed motion pictures.Truth be told, it strikes me as (more than anything) the Batman v. Superman of Christmas movies; a torturously overlong film that's both a total desecration of its source material and an outright disaster even when disassociated with said source material. If it weren't for Inferno, this would easily be the worst movie Ron Howard has directed in the 21st century.

We all know the story of The Grinch, the tale of a green (or an undetermined color if we're going by the original Dr. Seuss book) creature who hates the noisy celebration that the residents of Who-Ville put on every year in honor of Christmas. In order to stop Christmas from coming, he decides to steal Christmas outright, taking every Christmas tree, present or piece of tinsel from the homes of these Who's. But some asshole executive decided that such a story needed to be more complex so that it could fill a feature length narrative, never mind the fact that such convoluted narrative turns would undermine the simplicity that made the original tale so memorable.

And so, The Grinch can no longer simply hate Christmas because his heart is two sizes too small. Now we have to this ugly-animatronic Grinch baby come to Who-Ville and grow up in the town bullied by the various Who's as a youngster because of his unorthodox appearance. I don't know why this new Grinch movie seems to be taking narrative cues from (of all things) The Phantom Menace in terms of telling audiences the extraneous backstory behind an antagonist they already love. To quote Patton Oswalt: "I DON'T CARE WHERE THE STUFF I LOVE COMES FROM!! I JUST LOVE THE STUFF I LOVE!" All of this new Grinch backstory is as trite as they come and really just makes the Who's of Who-Ville seem like a village full of hurtful idiots instead of the symbol of innate goodness they represented in prior incarnations of this story.

Somehow even worse than the idea to give The Grinch a backstory (I can't believe I just typed out that sentence, Jesus Christ), is the decision to have Jim Carrey play this character. Carrey in this movie is akin to an angry bull whose just been unleashed on a luncheon of Nancy Reagan cosplayers; this creature is on the loose and cannot be stopped. Carrey's over-the-top comedy becomes grating mere seconds into his screentime and only grows more and more torturous as the movie plods along. There isn't a sentence Carrey won't irritatingly shriek (for a guy who supposed to hate all the noise the Who's make, it seems counterproductive to make The Grinch a pervasively shouty fellow, doesn't it?) nor a moment he won't try to fill with unfunny mugging. All of this exaggerated acting choices means the Grinch is devoid of any kind of personality, he's just Jim Carrey at his most obnoxious.
Carrey's over-the-top nature as a comedic actor can work, it just has to be in service of funny jokes or a good story. Neither of those elements are here and Carrey's comedic persona is the be-all end-all of the movie. Honest to God, his entire performance as The Grinch is like the acting antithesis to his phenomenal turn in Eternal Sunshine Of The Spotless Mind.

After over an hour of Carrey relentlessly doing the worst possible version of his comedic stylings, we finally get to the actual story from the book, though don't worry, they deviate from the text to ensure that Jeffrey Tambor's antagonistic Who character gets the chance to kiss the rear end of Max The Dog, a moment I'm sure Dr. Seuss intended to fit into his original children's book. And then after all that nonsense we get to the climax, where The Grinch is supposed to hear the Who's somehow being glad on Christmas morning despite him stealing all of their belongings. It's a beautiful moment, particularly in Chuck Jones 1966 animated special retelling of this story which does some great facial animation to depict the Grinch slowly realizing that maybe, just maybe, Christmas means something a little bit more.

It's a beautiful scene that gets absolutely butchered in its execution. It can't just be the Grinch hearing the Who's sing now, no no, we have to resolve a couple of character arcs among the various Who-Ville residents that barely existed before now and Carrey has to depict his characters heart growing by way of more screaming and flailing around. Simplicity has gone out the window in favor of making Jim Carrey can romp around doing unfunny antics for what seems like an eternity. If only that wasa deprature from the rest of this wretched motion picture adaptation of The Grinch. Good God, this movie is just trash so putrid even the Grinch would never eat it.
Posted by Douglas Laman (NerdInTheBasement) at 2:00 PM