In The Middle Of History Being Made, There Is A Human Being Like Jackie At The Center Of It 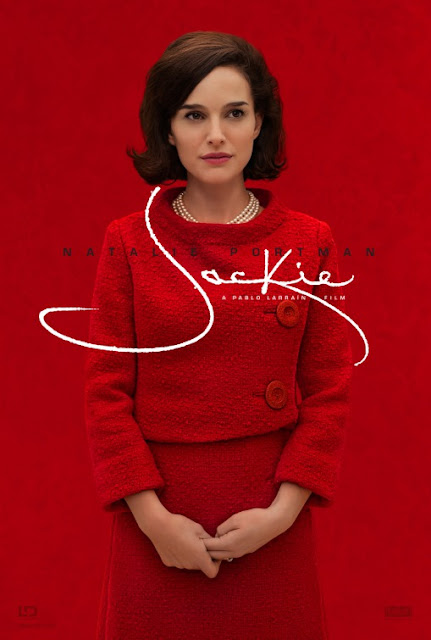 It's important to keep in mind that, during any major historical event, the people involved in any given monumental world-changing situation are human beings, just like you and me. It's easy to forget that, but pieces of pop culture like Hamilton are excellent reminders that individuals that have obtained mythic status in our history textbooks were just as human and vulnerable as you or me. Jackie is a movie that very much keeps this in mind as it explores the psyche of one of the most famous First Ladies ever to grace the White House; Jackie Kennedy. A woman plagued by tragedy throughout so much of her life.

Jackie as a film starts out with Jackie Kennedy (Natalie Portman) being interviewed by a reporter only credited as The Journalist (Billy Crudup). Their discussions make up the framing device for the rest of the movie, which then flashes back to earlier parts of Jackie's life as First Lady though primarily the portion of her life that transpired directly after her husbands assassination. Through this story structure, Jackie intends to inspect how the murder of her husband affected Jackie Kennedy on a psychological level as well as the way she coped with this event and all the ripple effects it had on the country thereafter in the days ahead.

Let's get this out of the way right off the bat; everything you've heard about Natalie Portman as Jackie Kennedy is very much the truth. She's phenomenal in her performance as the real-life First Lady and it cannot be stated enough how crucial she is to this movie as a whole working. Jackie is solely concentrated on the titular character and if the actor portraying Jackie Kennedy had gone in a direction that came off as overt mimicry, the entire movie collapses. Thankfully, Portman is fantastic in the way she recreates the vocal affectations of Jackie Kennedy while creating a human being out of a real-life figure that many have summed up over the years as simply a one-note caricature.

In the immediate aftermath of JFK's assassination, Jackie is swept up into a world of uncertainty, one where she's trying to retain a sense of control or normalcy in circumstances that couldn't be farther from such concepts. Whether it's trying to break the awful news of what's happened to JFK to her children (that's easily the most powerful scene of the movie) or still trying to appear on TV during her husband's funeral procession, she still wants the world to keep on rolling while coming to terms with all the tragedy that has befallen her. It's a combination of determination (you can see that side of Jackie whenever she's trying to lay down the specific terms of JFK's burial) and extreme vulnerability that Portman just aces, you can see how much of a broken person is standing before you attempting to regain sense of previously natural composure.

To execute this internal thought process in the movie proper, director Pablo Larrain gives Jackie as a film a slow-paced contemplative tone with an excellent score by Mica Levi that adds this quietly foreboding element to the movie. There's a handful of scenes to be sure where this more subdued approach to the feature makes the pacing of these individual sequences feel more sluggish than emotionally stimulating, but it mostly functions as a solid way for the viewer to fully understand the protagonist is trapped in. The world is now one of relentless quiet despair for Jackie Kennedy, one where she struggles to cope with the grief consuming her and trying to retain the stoic image she carries for the country. Allowing an entire movie surrounding this emotional process for her to be more restrained in its execution is a mostly (though not entirely) successful atmospheric approach.

Jackie is very much concentrated on its lead character, and for good reason, but that doesn't mean she's the only noteworthy individual in the entire motion picture. Peter Sarsgaard is strong as the grieving and infuriated Bobby Kennedy who provides another differing example of a person adjusting to grander circumstances. Greta Gerwig is fine with the minimal screen-time she's given as an underwritten character while, conversely, John Hurt shines in a small but pivotal role as a priest Jackie confides in after her husbands demise. I had no clue John Hurt was even in the movie prior to watching it so it was a real treat to see him provide his usual splendid gravitas in a part that allows Jackie to be reminded of how even the larger circumstances playing around her are mere specks in an even greater plan. There's some fantastically introspective dialogue in the scenes Hurt and Portman share and it's that kind of thoughtfulness that marks Jackie's best sequences.
Posted by Douglas Laman (NerdInTheBasement) at 12:29 PM