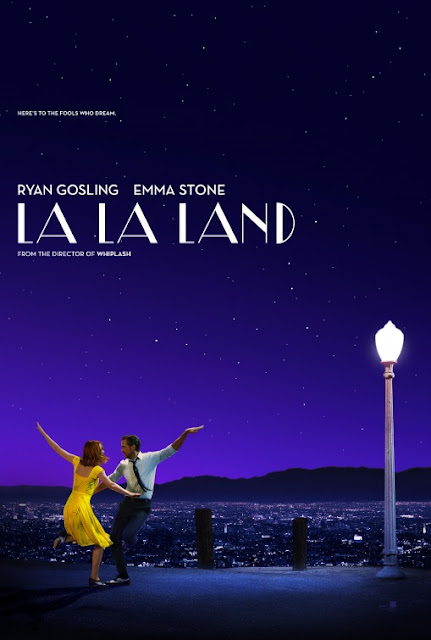 In our dreams, anything is possible. You can go anywhere, you can be with anyone, you can do anything. In its own way, musicals are akin to dreams in that the stylized nature of these productions allows for an "anything goes" approach for storytelling to make the frequent action of bursting into song feel acceptable. Events like The Paris Uprising Of 1832, the psyche of felines or even the life of Alexander Hamilton can all become easy fodder for musical theater, all told with a heightened guise that allows the musical aspect of these productions to truly flourish. After all, just because you're telling a somber tale doesn't mean you can't use a musical number to express a characters emotions (just look at how enduring opera has been through the centuries).

All of the potential lying within the storytelling medium of musicals is very much on the mind of La La Land, which concentrates on examining the dissonance between the "anything is possible" vibe musicals can offer with the far harsher aesthetic of the real world.  Just look at where the movies set; Los Angeles. That cities nickname is where this 2016 Damien Chazelle movie gets its nickname, a place where youngsters go to because of tales they've always heard of how this is the city where dreams come true, where stars are born. And then you get there and it's far from what the legends have talked about. This is a place where failure is far more frequent than actual success. Los Angeles is talked about as an artistic nirvana but it's really just another city in a nation filled with such places. The disparity between the reputation the city has cultivated and its actual aesthetic is a prime example of the distance that lies between our individual hopes and dreams and the actual reality we all must live in.

So despite what Los Angeles is really like, that hope of finding glorious fame & fortune there still lures many people to its streets. One such person is Mia (Emma Stone), an aspiring actress whose been going to auditions for six years now and has become all too well accustomed to rejection. On her daily routine of going to more and more auditions, she keeps running into this guy named Sebastian (Ryan Gosling) a Jazz super-fan who tickles the ivory for cash and has a dream of running his own club. The two live in Los Angeles and put up with the savagery of reality by keeping their eyes affixed to a future that they both hope will be filled with their ambitions coming to fruition. And while the two don't exactly get off on the right foot, wouldn't you know it, they do start to get along. A spark manages to develop between the two L.A. dreamers.

Once this incredibly sweet romance blossoms, La La Land does not lose sight of the harshness of the real world. Actually, the beautiful thing about La La Land is how much it fully grasps the difficulty of day-to-day existence. Mia and Sebastian are constantly struggling even once they become a couple, there are financial difficulties they're faced with and also tribulations related to their artistry. For instance, Sebastian finds himself embroiled in artistic compromises regarding his skills as a pianist. But it also see's the beauty in life, the hopefulness that we all cherish that keeps us going even through the roughest patches of our lives.

The various music-dominated scenes of La La Land help encapsulate the variety of types of sweeping emotions that define our own lives. One type of mood does not define our day, let alone entire years, and La La Land has a versatility to its craft that matches the way everyone's life moves on an emotional level. All of the various musical-driven segments of this motion picture can range in tone from being happy to melancholy to even just being extended orchestral pieces that allow dialogue to be fully thrown out the window. In those dialogue-free scenes, the rhythm of the music and the physical actions of the characters still convey so much rich sentiment about trying to get through the day with your ambitions intact. Universally well-known feelings of loss, hope, love and everything in between comes to the forefront in these extraordinary musical numbers.

There's so much to chew on thematically in La La Land, yet some of its most riveting pleasures can be seen on the surface, such as the cinematography. One look at any of the shots of this movie (and you'll know what I'm talking about even if you've just seen the trailers) are gorgeous to behold, and at night, cinematographer Linus Sandgren does incredible things with lighting and certain colors (namely blue) that turn Los Angeles into a visually unforgettable realm. And when the time comes for more restrained visuals, well, Sandgren manages to excel there too, showing a remarkable versatility in his craft. Just look at the exceptional minimalist visual approach given to Emma Stone's emotionally devastating musical number Audition.

All we have here in this musical number is Emma Stone standing against a black backdrop as a spotlight illuminates her. The lack of distractions on the side of the frame allow one to draws all of their attention to Stone in the center of the screen as she belts out this gorgeously harmonized tune that's an ode to the ones who dare to dream in this crazy world. Whether it's going for broke on visually stylized musical numbers that are obviously paying homage to the musicals of the past or executing more restrained sequences, the sheer look of La La Land is absorbing to an incredible degree. The visuals are able to convey both the emotional highs and lows of life with equal measures of beauty and innovation.

At the center of all this dazzling cinematography and music are our two lead characters, played of course by Emma Stone and Ryan Gosling. This being the two actors third collaboration together, I can easily say it's their best work as a duo yet (yes, it's better than their dynamic in the 2013 motion picture Gangster Squad). Not only do both actors turn in phenomenal work in handling the nuances of the movies Damien Chazelle penned script, it's also just a ton of fun to watch them bounce off each other in their various scenes together. Plus, Emma Stone handles her characters struggle to achieve any sense of success particularly well, she makes the eternal aching of Mia feel exceptionally potent. Her characters various experiences throughout the movie is very much fixated on a concept that serves a tremendous backbone for La La Land; that back-and-forth war between the idyllic hopes that drive us and the brutality of reality that shapes us.
Posted by Douglas Laman (NerdInTheBasement) at 8:10 PM